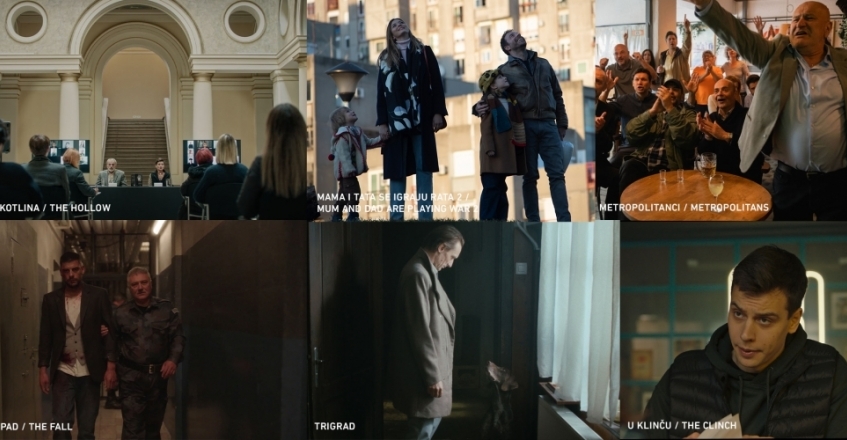 TV series shown in previous editions of Avant Premiere Series, a programme of the Sarajevo Film Festival, recorded success on the domestic and international markets. Some of them were nominated by the expert jury for this year's Hearts of Sarajevo for TV Series Awards, which we are eagerly awaiting.

This year, the Avant Premiere Series programme of the 28th Sarajevo Film Festival presents a careful selection of recently completed regional drama series productions. Festival goers will get previews of the first two episodes of six highly anticipated regional drama series. Each of these high-end productions is characterized by an intriguing plotline and an exceptional star-studded regional cast. Drama series presented in the Avant Premiere Series programme are competing for the UniCredit Audience Award.

"Regional production of high-end series is on the rise. The result is also visible in this year's selection, the sixth edition of Avant Premieres, where we proudly present a record number of six series from four countries in the region. They are different thematically, stylistically and in terms of genre. However, whether you are a fan of crime, comedy, mystery or drama, you will surely find at least one series in this selection that will delight you. You will eagerly wait for the fall to see the other episodes," said Tina Hajon, a programmer of the Avant Premiere Series.

Press corners will be held every day at 4 p.m. at the Festival Square.

A year and a half after a strong earthquake and the pandemic starting, tenants from the damaged old city center move to the outskirts of the city. Tensions rise between people irritated by their own differences and by change - mostly between pacifist Petar, propagating love, and pragmatic Pavić, an ambitious opportunist.

Veljko gets the news his father has died. Upon returning to Belgrade many family truths are uncovered and he stays longer than he expected. The series follows the emotional turmoil and crisis of the family, culminating in some serious lifestyle changes.

A twenty year old man tries to balance between his father’s expectations and mother’s ambition, while he tackles his own hard to attain goals and a doomed relationship during a crucial turning point in his life.

As he became an accomplice in a double homicide, a young and popular actor ends up between bars at a notorious prison in Montenegro, where the rules are a lot more different than on the outside. Based on a true story.

After a body is found in the National History Museum, senior inspector Edib Pašić dives deep into todays’ Sarajevo searching for a precious missing artifact, thus proving to himself that the city he once loved and never found the strength to leave, still exists.

When a foreigner arrives to an isolated village in the idyllic Alps, business interests and greed clash with ancient beliefs in the sanctity of the forest, whose “forbidden” part he now owns.

Tickets Online tickets for the Sarajevo Film Festival Programmes are on sale from today, August 1 at 3 p.m via the Sarajevo Film Festival website (www.sff.ba). By paying for tickets with UniCredit Mastercard® cards via the online platform, you get a 30% discount.
Individual tickets are available starting from August 8, 2022 at 10:00 a.m., at the Main Box Office (Bosanski kulturni centar, Branilaca Sarajeva 24).