Interview with Cristina Grosan, director of the film THINGS WORTH WEEPING FOR 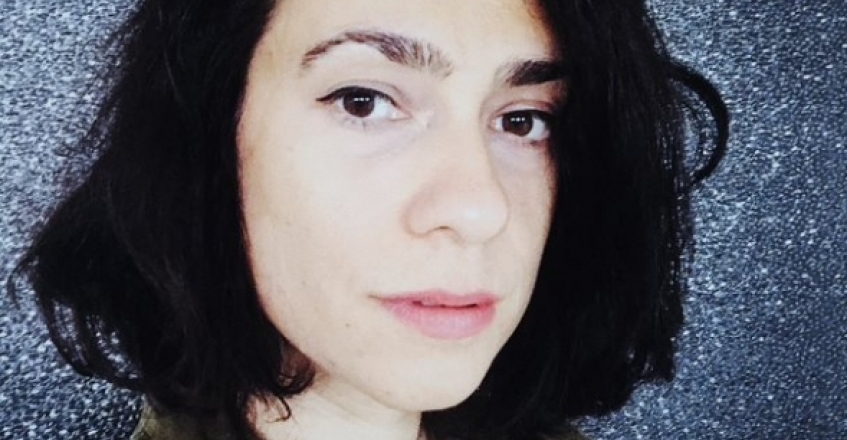 Your co-writer is also the lead actress in the film. How did this double collaboration come about?
I had directed Nora in two of my short films, and during that we discovered we are interested in very similar topics, and that we are both keen on understanding our generation. Nora was thinking of trying out her writing skills, and she asked me if I would be open to doing something together. At that time I was just starting to write about an experience I went through, and on which our film is now based on. I told her about it and we began thinking of the story together.
The moment you start the movie is very stressful for the main character. Everything that was youthfully frivolous yesterday - a relationship, a life together, a casual job, a student apartment - should suddenly grow into a serious adult life. Did someone have to show her she didn’t want to grow up that way?
Everyone is welcome to interpret the ending in their own way. I personally hope she does grow up  during this one night. My heroine witnesses the death of someone, and while she barely knew this person, it touches a chord in her. This one long night gives her the impulse to reflect on life, living and passing. And more specifically, on how she lives and makes her choices (or in fact, how she lets others decide for her).
The crisis of the thirties is much less exploited in film than, for example, growing up of teenagers. Did personal experience or the experience of people close to you inspire you to choose this topic?
I have seen quite a few films on this topic, but I am glad if I can contribute something from my corner of the world. It's the uncertainty of our generation that I see in myself and those around me of my age, that sparked my interest in exploring this topic. Millennials as adults live very differently than the previous generation. Our parents had a stable job, a car, owned the house they lived in, and already had children by their early 30ies. We can't even decide what to do next weekend. We'd love to own the apartment we live in, but that means a 40 year long bank loan. We have much more choices on how to live our lives, but much less stability. How do we take advantage of that freedom? I don't know, but at least I am able to ask a bunch of questions about it now. This already is a small victory for me.
You seem to have paid a lot of attention to the choice of music and that every song you used in the film has been carefully chosen. How important is music to your film?
During film school in Romania we were encouraged to use as little music as possible, and find narrative means to provoke the mood and thoughts in the viewer. Not to rely on music to do the trick instead of us. But in this film, we're so shielded from the outside world, locked away in this house for a night, that I felt I needed a window to some other dimension. And not necessarily to the outside, but a way to move forward while still remaining trapped in this house, until our main character finds her resolution. So I used both original score by Hungarian musician iamyank, but among others, a cover of a famous Hungarian operetta song, a cheesy bittersweet song for Maja to explore the dead woman's flat, finding her dirty socks and work-out room bicycle.
Is it sometimes more important to admit to ourselves what we don't want and not accept what makes us unhappy, than to set ourselves a clear and definite goal?
My quest with this film is to reflect on how we can honestly explore ourselves, putting aside external pressure and other people's expectations. There are so many things we don't like to admit to ourselves. But I am curious what can happen if we start to have an honest inner dialogue with ourselves. Nobody else has to hear it, but I think once you start to name things out loud, you may see things in context, and then action tends to follow.
Marinela Domančić
Jury of the Competition Programme – Feature Film of the 28th Sarajevo Film Festival
The world premiere of THINGS WORTH WEEPING FOR closed the Competition Programme - Feature Film
Regional premiere of GREAT FREEDOM
More choices, less stability
Concept of love and freedom