Wolfgang Amadeus Brülhart recieved the Honorary Heart of Sarajevo Award at the Human Rights Day in recognition of his contribution and support to Obala Art Centar, and the initiative to build the Meeting Point cultural center, which is recognized today as Sarajevo Film Festival's main cinema and meeting point. 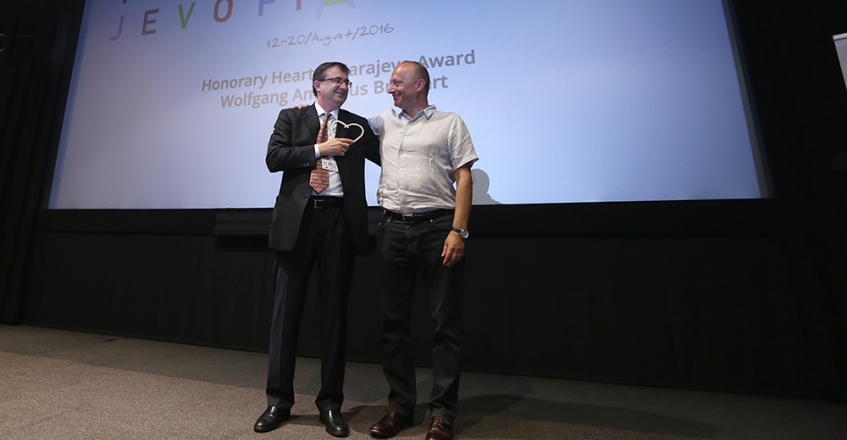 Brülhart recognized the importance of reviving the spirit of culture for the healing of the war-thorn city and had therefore initiated numerous cultural project and programs for exchange and meetings of B&H and Swiss artists, as well as numerous music concerts and theater performances. He was also one of the initiators of the construction of the Meeting Point as a culture center and a meeting place of artists in Sarajevo which now also serves as the official cinema of the Sarajevo Film Festival.

As the result of his efforts, the initial funds had been provided at the time for the construction of the Meeting Point.

He is a career member of the Swiss Foreign Ministry who held different diplomatic positions abroad. After his assignment in Sarajevo, Brülhart served as the Cultural Counselor and the Head of Cultural Section at the Swiss Embassy in London (1999-2000) where he specifically focused on CulturalProgramme 2000:Creative Switzerland 2000:Dialogue Between Cultures program.