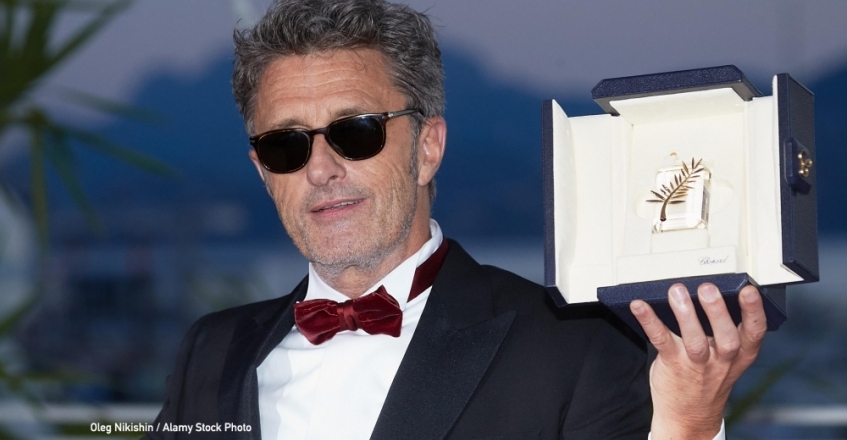 Pawel Pawlikowski will attend Sarajevo to introduce his latest film to the Sarajevo Film Festival Festival audience. The film which drew rave reviews from Cannes critics and audiences will be screened simultaneously at the Raiffeisen Open Air Cinema and National Theater Sarajevo.

A day after the screenings, the festival-goers will have a chance to talk with Pawlikowski within the Festival’s Coffee with… programme.

Pawlikowski visited Sarajevo in 2014 to present his film IDA at the 20th Sarajevo Film Festival, film that won the Oscar for best foreign language film.

COLD WAR is a passionate love story between two people of different backgrounds and temperaments, who are fatally mismatched and yet fatefully condemned to each other. Set against the background of the Cold War in the 1950s in Poland, Berlin, Yugoslavia and Paris - the film depicts an impossible love story in impossible times.

Pawel Pawlikowski was born in Warsaw and left Poland at the age of fourteen first for the UK, Germany and Italy, before finally settling in the UK in 1977. He studied literature and philosophy in London and Oxford.

Pawlikowski started making documentary films for the BBC in the late 1980s. His documentaries, which include FROM MOSCOW TO PIETUSHKI, DOSTOEVSKY’S TRAVELS, SERBIAN EPICS, and TRIPPING WITH ZHIRINOVSKY, have won numerous international awards including an Emmy and the Prix Italia.

In 1998, Pawlikowski moved into fiction with a low budget TV film, Twockers, which was followed by two full-length features, Last Resort and My Summer of Love, both of which he wrote and directed. Both films won British Academy of Film and Television Arts (BAFTA) awards, as well as many others at festivals around the world.

He made The Woman in the Fifth in 2011, and his most recent film, IDA, won the 2015 Foreign Language Academy Award, five European Film Awards, a Bafta and a Goya, among many other prizes. Pawlikowski returned to Poland in 2013 while completing Ida. He currently lives in Warsaw and teaches film direction and writing at the Wajda School.

“Luminous presence of Joanna Kulig, who on this performance is a powerful enough to become the Jeanne Moreau de nos jours.This film fizzes with a devotional energy and political relevance.”
Nick James, Sight & Sound

“Kulig, as effervescent in her way as the young Jeanne Moreau, is the film’s life force.”
Tim Robey, Telegraph 4****

“This is a movie of the flesh, not the spirit. Pawlikowski is a lyrical, mysterious filmmaker with a ravishing visual sense.”
Steve Pond, The Wrap

“A mysterious, musically glorious and visually ravishing film. An elliptical, episodic story of imprisonment and escape, epic in scope. The musical ensemble performances are staggering – brilliantly choreographed by Pawlikowski and filmed by cinematographer Łukasz Żal.”
Peter Bradshaw, The Guardian 4****

“A glorious throwback – a film made with a verve and lyricism which rekindles memories of the glory days of European New Wave cinema. Decades-spanning romantic drama that never loses its ironic edge. Pawlikowski invokes memories of Milos Forman, Jiri Menzel and François Truffaut at the start of their careers. The film never loses its intimate and playful quality. The film retains a quiet humour throughout.”
Geoffrey McNab, The Independent

“Bittersweet and unbearably lovely. A musicologist's delight, featuring an eclectic swathe of songs that range from traditional "mountain" tunes and Soviet-era hymns to agricultural reform, classical pieces to snatches of George Gershwin and other jazz numbers up to Bill Haley & His Comets.”
Leslie Felperin, THR

“Should secure it plum arthouse slots across the globe. Wholly riveting to watch, Kulig rifles through moods and attitudes with the casual magnetism of a young Jeanne Moreau, or even a Euro Jennifer Lawrence. COLD WAR is a soberly moving study of the disappointment and insecurity that can blossom from supposed renewal: It’s a romance in which new beginnings and endings can be hard to tell apart.”
Guy Lodge, Variety