GRANDMOTHER, the Final Film in the Tribute to... Programme

Today, you can watch the final film in the Tribute to... programme, GRANDMOTHER, by the excellent Philippine director Brillante Mendoza. 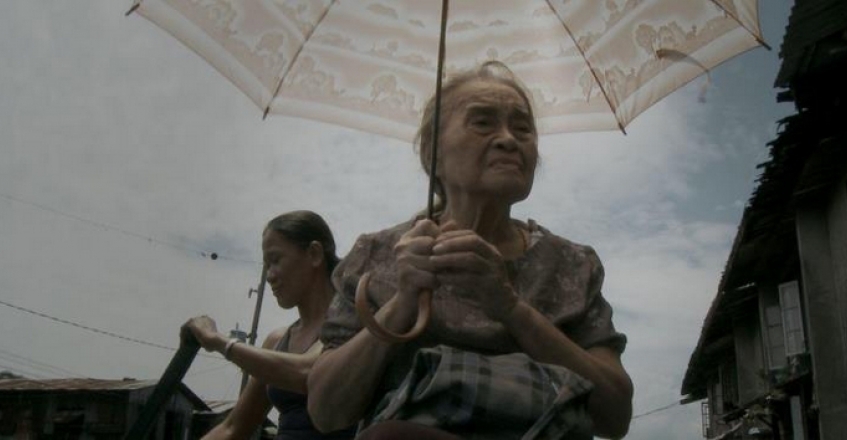 Lola Sepa's grandson has been killed by a cell phone snatcher. Despite being devastated by the sudden violence, she must bear the burden of making the funeral
arrangements. She and her family are poor, and there is not enough money for the coffin nor the legal pursuit against the suspected murderer. But the elderly woman
is ready to even seek a bank loan to assure both a proper burial and justice for her beloved grandson. Lola Puring is committed to getting her grandson Mateo out of jail, although he has been accused of senselessly murdering Lola Sepa's grandson. But the poor aged woman doesn't have the bail money. Each time she visits her grandson in prison to bring him proper meals, it breaks her heart to see him wasting his life behind bars. At the first court hearing, the two grandmothers must face one another. Both frail and poor, each is determined to do everything necessary for her grandson. The future of the case is dependent on grandmotherly love...

Brillante Mendoza is a living national treasure of Philippine independent cinema. He is the first Filipino to compete and win in 3 major international film festivals, showing authentic Filipino stories to the world. His beginnings in cinema came relatively late- he was 45 when he first directed a feature film. But from the onset of his cinematic endeavors, Mendoza was unrelenting in his productivity: within 10 years he would come to direct 16 films. Those films were not only a gust of fresh air in an art that constantly seeks for new, unique forms- they quickly became recognizable as a crucial part of the cinematic legacy of our time.

GRANDMOTHER will be shown at Meeting Point Cinema at 15:00.