Ahead of the 27th Sarajevo Film Festival, which will take place from 13 to 20 August, a press conference was held at the Meeting Point cinema in Sarajevo, where jury members of the Competition Programme – Feature Film were announced, and the new main sponsor of the Festival: UniCredit Bank was presented. 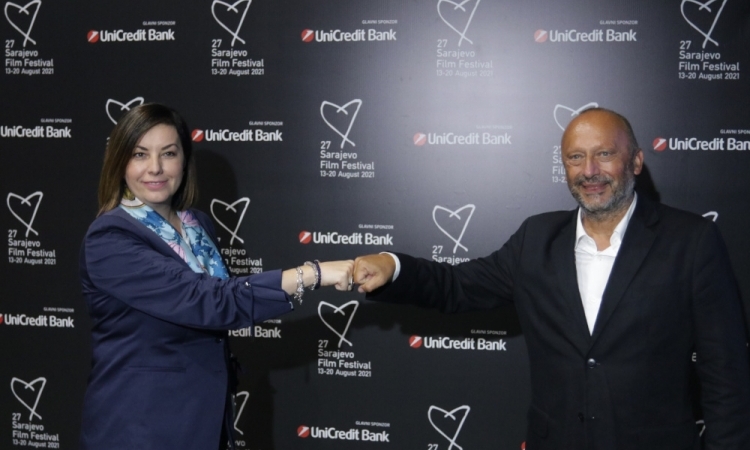 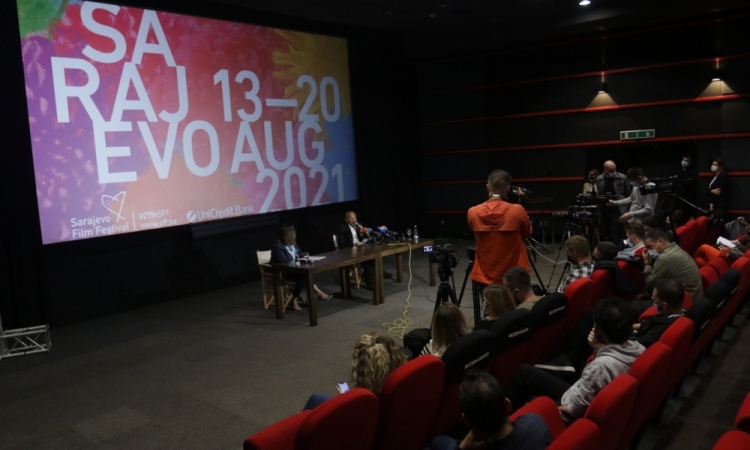 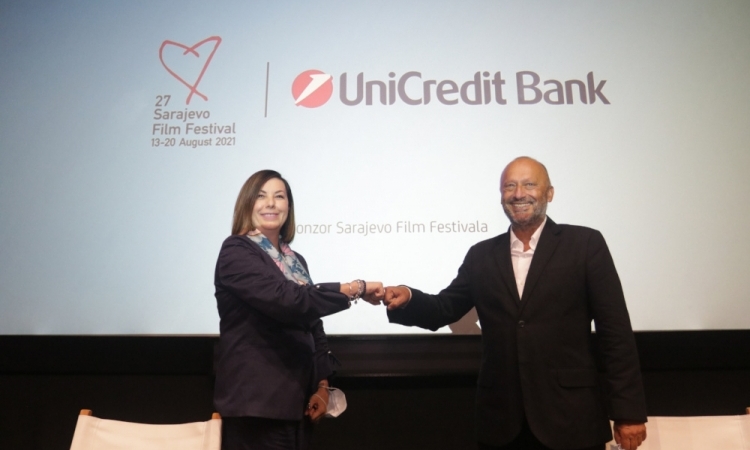 The jury president, actress Jasna Đuričić (Serbia), director and screenwriter Mike Cahill (USA), director and screenwriter Lili Horvát (Hungary), artistic director of Viennale – International Film Festival in Vienna Eva Sangiorgi (Austria), and executive director of AFC – Austrian Film Commission Martin Schweighofer (Austria), are the jury members of the Competition Programme – Feature Film of the 27th Sarajevo Film Festival.
“With increasing excitement, we are anticipating the beginning of this year’s Festival! The Festival crew, our jury members, guests, authors, are most of all  looking forward to getting together with the audience, for whom they create films, and for whom festivals exist. Capacities of the venues will be reduced in accordance with the measures and very detailed instructions we have received from the Sarajevo Canton Control Centre, which the public will be informed about in more detail soon. The new times, different circumstances, have resulted in new creative solutions. What has not changed since the beginning is the programme quality. There were many applications, and excellent films are ahead of us. Soon, we will announce the films in the competition programmes. There will be some new locations for the audience, prepared by our new main sponsor, UniCredit Bank. It is always our pleasure, and also a challenge, to be partners with true market leaders, such as UniCredit Bank on the BiH market. UniCredit Bank have recognised the values, objectives, and mission of the Sarajevo Film Festival, in discovering, promoting, and distributing top quality content, true values and contribution to the benefit of the society in general. Grateful for their partnership and support, together we are creating new values and developing love for art, film, and the sense of unity, solidarity, and progress, despite all the challenges brought by the pandemic”, said Mirsad Purivatra, director of Sarajevo Film Festival.
“We love film. We love everything that Sarajevo Film Festival has built and all that it has become. That is why we are very happy to support all future successes and guests of the Festival. The previous year has shown us that everyday life can change in an instant, and that is why supporting successful projects in our country is important. We are looking forward to creating new film stories and experiences that will enrich our country in every sense of the word. It is our duty and responsibility to participate actively in our society, contribute to the improvement of living standards. By supporting the Sarajevo Film Festival, we support further development not only of culture and art, but also of economy, making our environment better and more successful. We are here for all that is important, and it is important to support events that make our country the centre of Europe every year”, said Amina Mahmutović, Chair of the UniCredit Bank d. d. Management Board.
For the 27th Sarajevo Film Festival, through the “We Love Film” campaign UniCredit Bank, has prepared numerous benefits before and during the festival for their clients and all Sarajevo Film Festival visitors. In the “We Love Film’ contest, which starts today (Monday, 19 July) and lasts until 8 August, all UniCredit Mastercard users who make three transactions using the services of mobile banking or m-card can win valuable prizes. The main prize is a unique experience of the 27th Sarajevo Film Festival opening, with an overnight stay for two, dinner and film. There are also 100 other prizes in vouchers for online watching on the OnDemand platform of the Sarajevo Film Festival.
The traditional prize for the best Festival photograph also continues, whose author will win a valuable prize of UniCredit Bank. Of course, there are many other surprises for the clients, audience, and guests of Sarajevo Film Festival.
The 27th Sarajevo Film Festival  will be held 13-20 August 2021.
In cinemas in BiH in 2022, 1,118,550 viewers
„May Labour Day“ by Pjer Žalica available online from January 1st
Docu Rough Cut Boutique 2023 opens call for entries!
NETWORK OF FESTIVALS IN THE ADRIATIC REGION PRESENTS: Winter Edition
MAY LABOUR DAY by Pjer Žalica closed the 28th Sarajevo Film Festival