The world premiere of THE SON, a film by Bosnian and Herzegovinian director Ines Tanović, opened this year's Competition Progamme – Feature Film. The screening was held at 20:15 at the National Theatre, and also at Raiffeisen Open Air Cinema at 21:00. 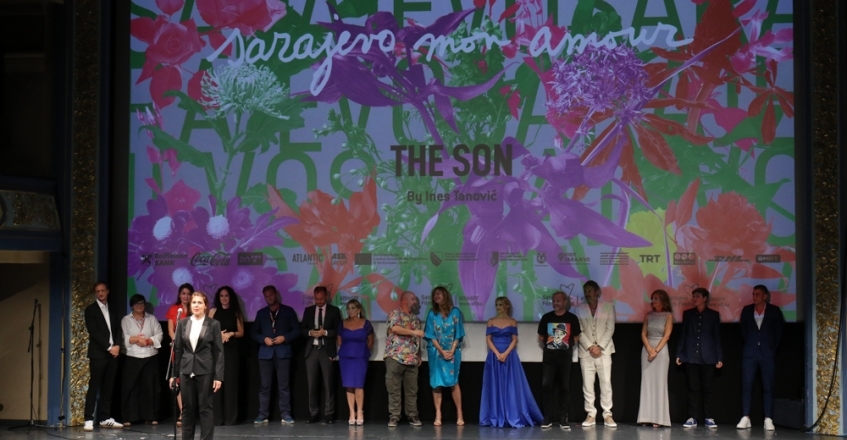 Arman is about to turn 18. He was adopted as a baby by Jasna and Senad, who were unable to have children of their own. However, four years after the adoption, Jasna gives birth to Dado. Throughout his life, Arman has had a hard time coping with being an adopted child. Full of explosive energy, he constantly gets in trouble together with his schoolmates. Despite being very intelligent, he is labelled as a problem child. The only place he feels safe and loved is with Jasna’s parents. At the same time, Arman does all he can to save Dado from self-destructing. However, despite everything he does to support his brother, his parents interpret Arman’s involvement incorrectly, and blame him for every trouble with Dado.
You can watch the movie in one of the following showings.
Director: Ines Tanović
Cast: Dino Bajrović, Snežana Bogdanović, Uliks Fehmiu, Emir Hadžihafizbegović, Jasna Ornela Bery, Lidija Kordić, Hamza Ajdinović
The world premiere of THINGS WORTH WEEPING FOR closed the Competition Programme - Feature Film
Regional premiere of GREAT FREEDOM
More choices, less stability
Concept of love and freedom
Regional premiere of CELTS