Regional premiere of WOMEN DO CRY

Tonight at 21:30 in National Theater the regional premiere of WOMEN DO CRY, a feature film by Vesela Kazakova and Mina Mileva was held. The film had it's world premiere at this year's Cannes Film Festival. 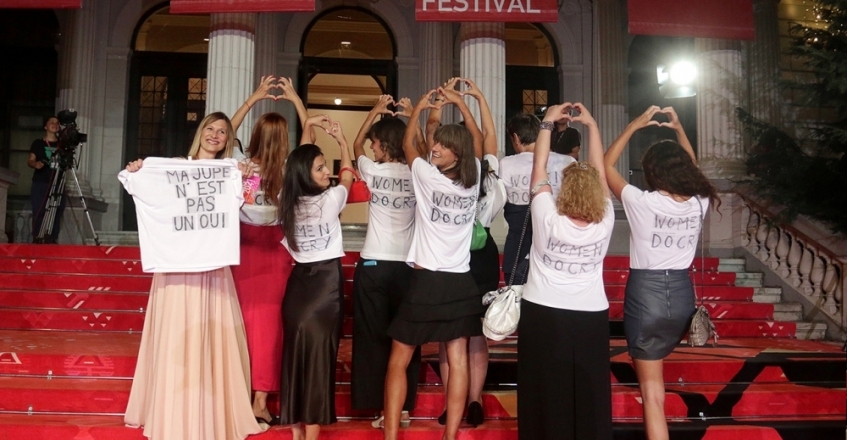 A mother stork is shot down from a chimney. A woman suffering from postnatal depression nearly jumps off a balcony. A girl has to deal with the stigma of HIV. A mother looks for magic in the lunar calendar. Fragility and absurdity in this contemporary Bulgarian family are set against the backdrop of violent anti gender-equality protests. Based on a true story.
You can watch the movie in one of the following showings.
Director: Vesela Kazakova, Mina Mileva
Cast: Vesela Kazakova, Iossif Surchadzhiev, Katia Kazakova, Ralitsa Stoyanova, Maria Bakalova, Bilyana Kazakova
The world premiere of THINGS WORTH WEEPING FOR closed the Competition Programme - Feature Film
Regional premiere of GREAT FREEDOM
More choices, less stability
Concept of love and freedom
Regional premiere of CELTS