Eight feature film projects and five television drama projects in early development have been announced as part of this years CineLink line-up. This part of the selection focuses on projects from first and second time directors from Southeast Europe. 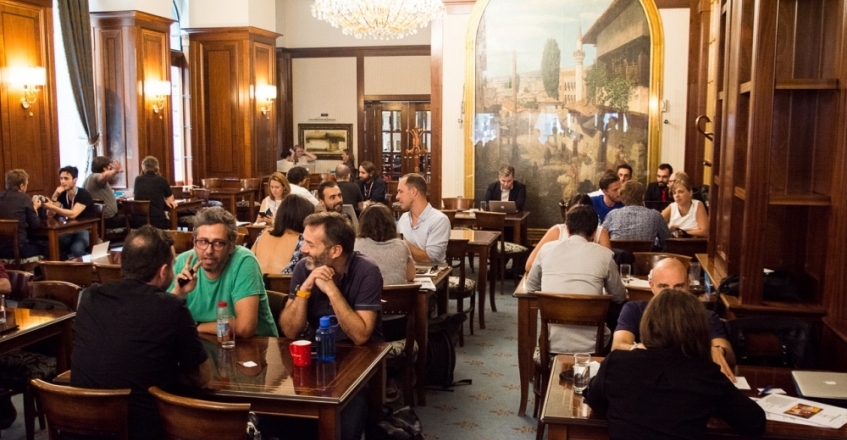 Eight feature film projects and five television drama projects in early development have been announced as part of this years CineLink line-up. This part of the selection focuses on projects from first and second time directors from Southeast Europe. The projects will take part in bespoke preparatory workshop designed to help with overall project development ahead of their presentation at CineLink Industry Days from August 11th till the 16th.

The projects will be presented as part of the CineLink Co-production Market and CineLink Drama selections during the 24th  Sarajevo Film Festival (August 11 – 18).

Over the 15 years since its launch, the Sarajevo Film Festival's industry section has become a major hub for Southeast European film professionals, and has played a crucial role in the expansion of cinematic co-production in the region.  It has also become a key destination for professionals from across Europe who are in search of talent and co-production possibilities, or who simply wish to obtain in-depth knowledge about this dynamic region’s business development.

The Festival's industry offering attracts almost 1,000 professionals to its annual event in late August and includes activities for people from all spheres of the business through its interlinked CineLink Industry Days sections:

Our vision is to serve the current needs of the business, as well as to shape its future. We see more films than ever being made outside the existing value chain, as well as the former borders between cinema and TV blurred in terms of quality of content – and there are so many more screens on which all of this can be seen. Everything is converging, and we have designed this year’s programme to reflect this.

In addition to our flagship selection of quality projects in development at the CineLink Co-production, screenings of fiction and documentary films in post at CineLink Work-in-Progress, and extracts from finished films going into distribution at Avant Premier Trailers, the new CineLink Drama section features new and exciting high-quality drama projects by established filmmakers from the region. At the same time, the True Stories Market presents film and TV professionals with cases from the archives of key organisations documenting the Yugoslav wars of the 90's, while young talents pitch their short film projects at Talents Sarajevo Pack&Pitch. Everything in one place; everything connected.