THE SECOND MOTHER by Anna Muylaert, brazilian multi-award winning film, was screened on August 14th at the at the National theatre and at the HT Eronet Open Air Cinema. 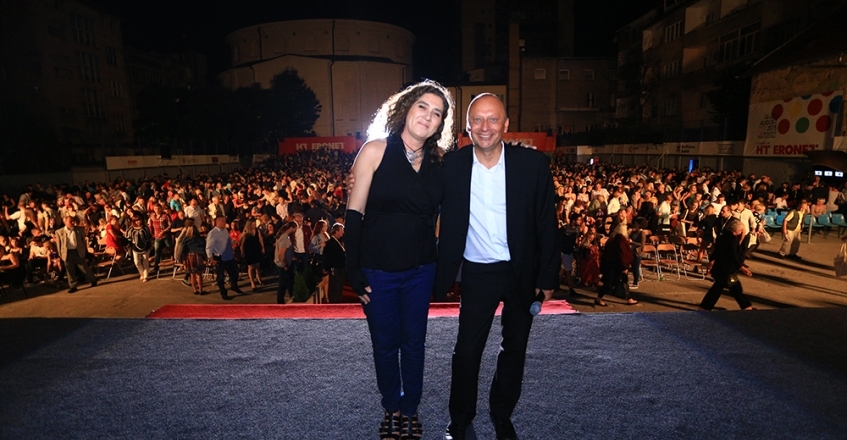 After leaving her daughter in a small town in Pernambuco to be raised by relatives, Val spends the next 13 years working as a nanny to Fabinho in São Paulo. She has financial stability but has to live with the guilt of not having raised her daughter Jessica herself. As Fabinho's college entrance exams roll around though, her daughter calls and gives her what seems to be a second chance. Jessica wants to come to São Paulo to take her college entrance exams as well. Filled with joy as well as apprehension, Val gets ready, with the wholehearthed support of her employers, for the moment she has dreamt of for so long - the moment of reunion with her daughter. But when Jessica arrives, she doesn't behave in conformity to what is expected of her and starts to create tension inside the household..

Anna Muylaert was born in São Paulo in 1964. After graduating from the University of São Paulo in 1984, she began her career as an assistant director. She began working in television in 1989. She wrote the script for the film O MENINO, A FAVELA E AS TAMPAS DE PANELA, which was part of the project Open a Door for the BBC, winning many international awards. In 2001 she released her first feature-length film, DURVAL RECORDS, winner of 7 awards at the Gramado Film Festival and selected for many festivals, including Montreal, Rotterdam, and Torino, where she won the Holden Prize for Best Screenplay. She has written many scripts for acclaimed directors, among them, Cao Hamburger’s THE YEAR MY PARENTS WENT ON VACATION, Brazil’s official selection for the 2007 Academy Awards.