A PERFECT DAY for the Open Air

At the seventh day of the 21. Sarajevo Film Festival, the screening of A PERFECT DAY, by director Fernando León de Aranoa, was shown as part of the Open Air Programme. 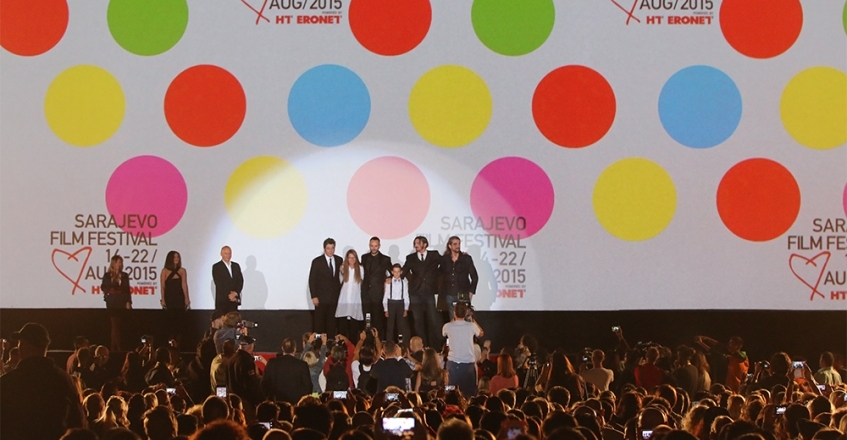 A group of aid workers tries to remove a cadaver from a well in an armed conflict zone. The body was thrown into the well to contaminate the water and cut the water supply to the local population. But circumstances soon turn a simple task into an impossible mission. The workers cross the frenzied war landscape like guinea pigs in a maze, and there might be no way out. A war inside another war, in which the only enemy could be irrationality. The crisis they’re trying to solve is humanitarian, but they’re only human. Humor, drama, tenderness, routine, danger, hope: it all fits into a perfect day. This film’s only genre is life itself. Like a Russian doll, it’s a drama inside a comedy, inside a road movie, inside a war movie.

Fernando León de Aranoa was born in Madrid in 1968. After a long career as a screenwriter, he directed his first feature film, FAMILIA, which won the Spanish Film Academy Goya for Best New Director. Later came BARRIO, MONDAYS IN THE SUN, PRINCESAS and AMADOR, which combined have won twelve Goya awards, five of them for Best Director and Screenwriter. They have also won the Golden Shell for Best Film at the San Sebastian Film Festival and the Silver Shell for Best Director, as well as three Fipresci Critics’ Choice Awards, an Ariel from the Mexican Film Academy, and the Luis Buñuel Award for Best Iberoamerican Film. His films have premiered frequently at the Berlin Film Festival and at the Sundance Independent Film Festival. He has made several documentaries, among them BUENAS NOCHES, OUMA (segment from short documentaries omnibus INVISIBLES) awarded with Goya for Best Documentary in 2007.

Screening of A PERFECT DAY will take place at the HT Eronet Open Air Cinema at 20:30.