AND THEN WE DANCED shown tonight at the National Theatre

The Competition Programme – Feature Film continued today with the regional premiere of the film AND THEN WE DANCED, tonight at the National Theatre at 19:40. 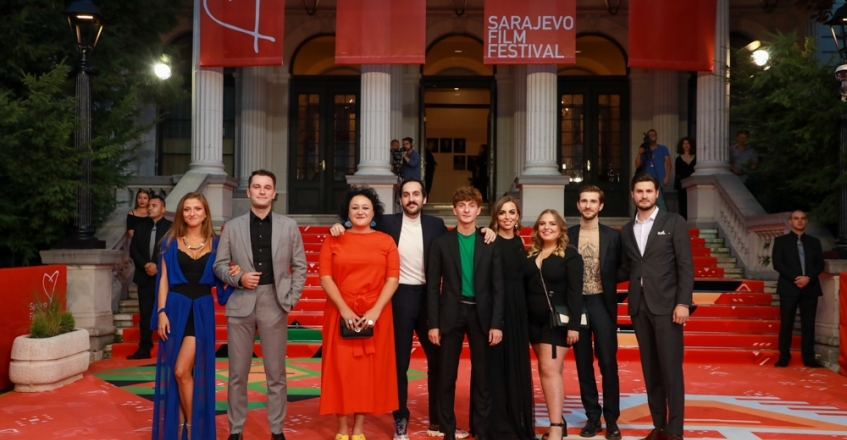 The movie had its world premiere as part of the Quinzaine des Réalisateurs programme at this year's Cannes Film Festival.
Merab has been training since he was very young at the national Georgian ensemble with his dance partner Mary. His world is suddenly turned upside down when the charismatic and carefree Irakli arrives and becomes both his strongest rival and greatest desire. In a conservative setting, Merab finds himself having to break free and risk everything.
You can watch the movie in one of the following showings.
Director: Levan Akin
Cast: Levan Gelbakhiani, Bachi Valishvili, Ana Javakhishvili, Kakha Gogidze, Giorgi Tsereteli, Anano Makharadze, Ninutsa Gabisonia, Tamar Bukhnikashvili, Marika Gogichaishvili
The world premiere of THINGS WORTH WEEPING FOR closed the Competition Programme - Feature Film
Regional premiere of GREAT FREEDOM
More choices, less stability
Concept of love and freedom
Regional premiere of CELTS