For the ninth year in a row, the Sarajevo Film Festival, in cooperation with the Government of Switzerland and the Swiss Federal Department of Foreign Affairs, hosted the Human Rights Day. 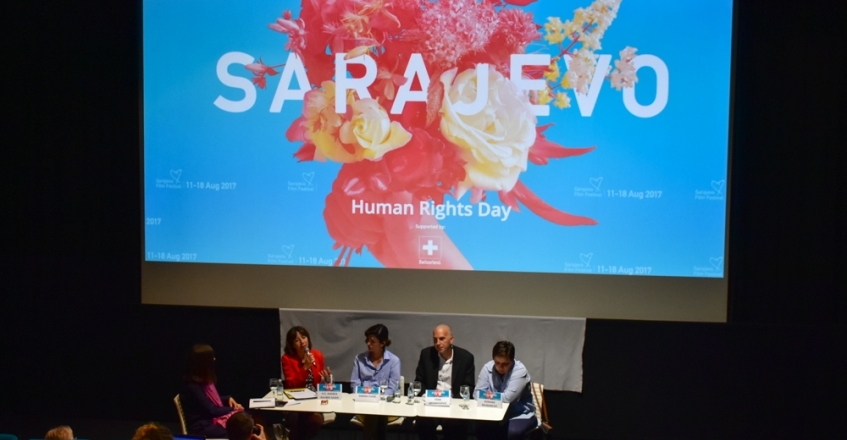 The Sarajevo Film Festival’s Competition Program - Documentary Film is a showcase for documentaries inspired by various human rights issues, but with its special Human Rights Day, the Festival aims to further emphasize the importance of film as a powerful and significant media for the promotion of human rights.

Each year, the films and topics are chosen for the Human Rights Day that inspire panel participants, the audience and the media to focus on and discuss the pressing problems faced by individuals and communities around the world.

The topic for this year's Human Rights Panel was „Women's rights today: regression, stagnation or progress?“. Also, a screening of the film THE DIVINE ORDER by Swiss director Petra Volpe was organized.

The Competition Programme – Documentary Film of the Sarajevo Film Festival showcases films inspired by various aspects of human rights and by marking this special day we aim to further emphasize the importance of film as a significant and powerful media for the promotion of human rights.

The winner of the Human Rights Award will also be announced at the official awards ceremony of the 23rd Sarajevo Film Festival.

The prize is awarded to the film in Competition Programme – Documentary Film that most effectively highlights issues of human rights.

The EUR 3.000 prize is provided by the Government of Switzerland.