Once upon a time, one believed in the idea of film, while today one believes only in how much the idea is worth 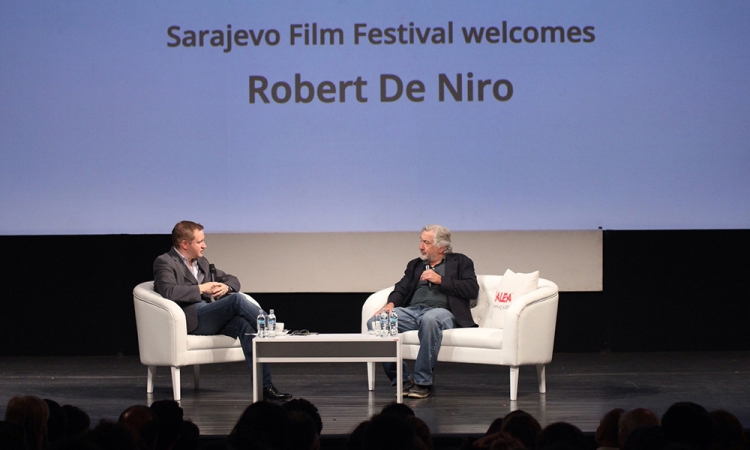 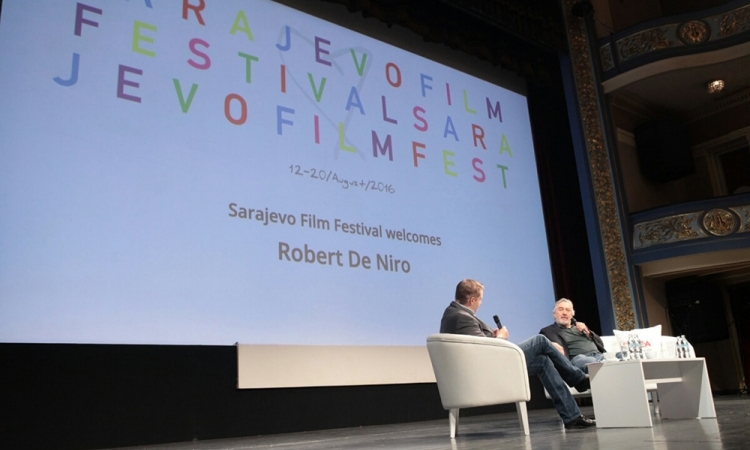 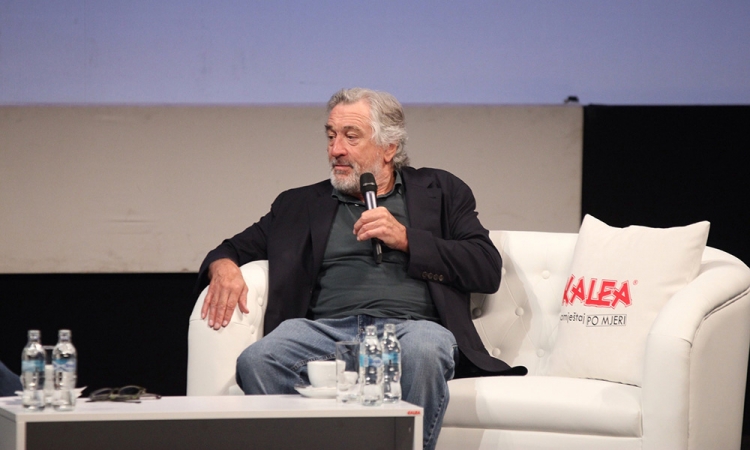 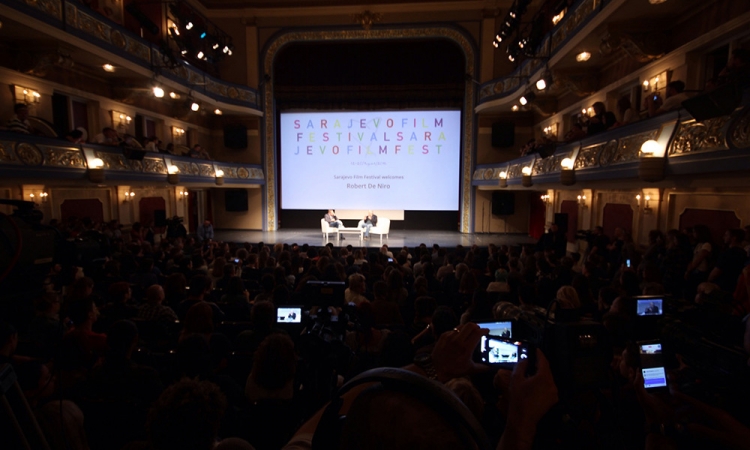 The recipient of the Honorary Heart of Sarajevo - Life Achievement Award Robert De Niro, kickstarted this year’s program “Coffee with…”. In the National Theater, he talked with distinguished film critic and journalist Mike Goodridge about his rich acting, directing and producing career. In a completely full hall, the interview was attended by festival audience, many media representatives, and participants in the Talents Sarajevo Program.

The interview started, how else, with question about the Scorsese’s cult movie from 1976, whose restored edition had opened the 22nd Sarajevo Film Festival. When asked by Goodridge if he and the rest of the crew could have ever anticipated what status the film TAXI DRIVER would take in the film art, De Niro said that their only driving idea had been the script they all believed in. And everything that had followed was a complete surprise for them. Although, the actor said, every important film is closely related to its social context. If the reality is full of violence, if sexuality is a dominant subject, the film is the same way. The film Taxi Driver is great because it described society as it was (then), but also as it would be (today).

Goodridge could not but mention De Niro’s extraordinary ability of acting transformation, to which he received a modest response by De Niro that he had always been trying to go as far as possible to identify with his characters.

An important topic of conversation was the situation in film industry in Hollywood that has changed a lot since the Golden Seventies of American film, when the idea of film was what mattered. While today, in contrast, the main criteria for film studios is the bottom line, the return on investment.

The interview finished with an excellent announcement. De Niro disclosed to the festival audience that he is going to appear in a new movie with Al Pacino. It is “The Irishman”, to be directed by, who else, but Martin Scorsese.