The Sarajevo Film Festival continues to provide a platform to help shed light on the consequences of the wars in the former Yugoslavia, and for using film to bring important stories related to these events to wider audiences. The aim of the Dealing with the Past and True Stories Market projects is to increase awareness, dialogue and knowledge, and has already seen concrete results in the form of a finished film. 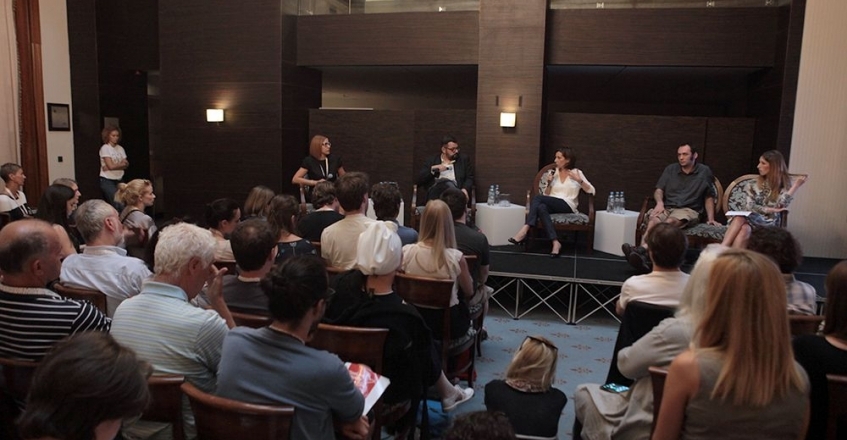 This year, Sarajevo Film Festival "Tribute to" guest Joshua Oppenheimer gives a master class as part of Dealing with the Past. Oppenheimer's films The Act of Killing and The Look of Silence are remarkable for their courageous approach to confronting the past, and have established Oppenheimer as one of the most significant of contemporary filmmakers.

Also participating in the programme is renowned war photojournalist Ron Haviv, who together with professor Lauren Walsh explores the dynamics of memory and photography through a discussion of Biography of a Photo, their in-progress documentary film. They address the importance of documenting real events and the relevance of preserved memories for both the present and the future.

The True Stories Market returns for the second year. Nine cases that have not yet been the subject of film or TV productions are presented by organisations that are documenting and researching the Yugoslav wars of the 1990's. The aim is to create an "open source" where filmmakers and organisations can meet and collaborate, with the aim of bringing these important stories to wider audiences. One case that was presented last year has since been made into a film, which is screening as part of Dealing with the Past: Muris Beglerović’s Restless Dreams, produced by Al Jazeera Balkans.

- The purpose of the Dealing with the Past programme is inherent in its name. There is a strong need for an open discussion about our painful recent past; and facts, knowledge and mutual understanding are crucial elements of true peace-building. Being aware of the power of the medium of film, we believe and hope it has a role to play in this process.

Maša Marković, Dealing with the Past Programme Manager, said:

- We are proud our project has already led to concrete results in the form of a finished film. As well, films screened in the Dealing with the Past section last year have since travelled to audiences in other places in the region, including Bijeljina, Belgrade, Podgorica, Split and Zagreb. Interest in the programme is also evident in the increase of stories submitted for the True Stories Market, where this year we collaborate with an increased number of partner organisations.

Dealing with the Past takes place 13 and 14 August. Read more about the film programme here.

The Dealing with the Past programme is presented with support from the Robert Bosch Stiftung, and in partnership with Al Jazeera Balkans and the Embassy of the United States of America.