Danis Tanović's film will be screened at several festival locations at the opening of the Sarajevo Film Festival, including the world premiere at the National Theatre at 20:00. 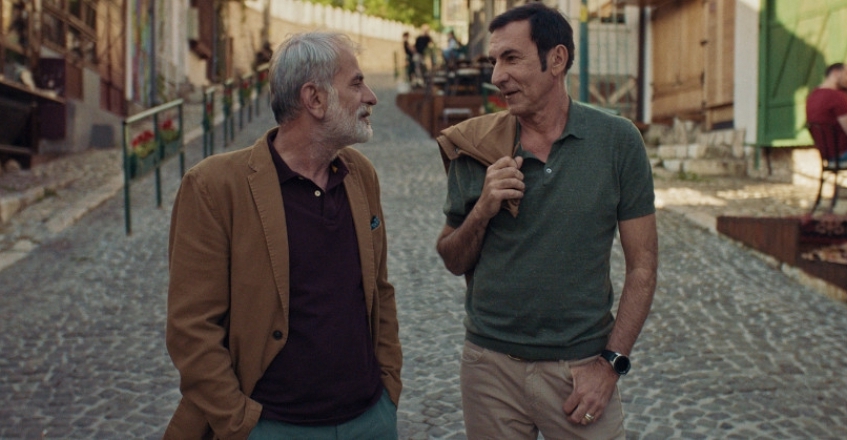 It will be shown as part of the Open Air program of the Sarajevo Film Festival. It was created within the Sarajevo City of Global Screen Film (SCF GS) project by Obala Art Centar and Turkish State Radio and Television (TRT), with a focus on directors from Southeast Europe whose films were previously screened and awarded at the Sarajevo Film Festival, and with the support of BH Telecom.
Sarajevo, May 2021. The Old Town is trying to recover after a long and difficult pandemic year. The pandemic is not over yet, but – the summer is coming, there is hope that things can improve, even if only for a short time. When a woman from Zagreb enters Enis's shop one morning and says that she has come to eat ”the best kebabs in Sarajevo” he sends her to Izo's shop, so that Izo can also afford the traditional pleasure of the first morning coffee after the first customer service. This totally harmless, friendly gesture will cause the complete disintegration of the neighbors' business and private life, engulfing not only Izo and Enis but the whole city. Where can one eat the best kebabs in Sarajevo?
You can watch the movie in one of the following showings.
Director: Danis Tanović
Cast: Branko Đurić, Izudin Bajrović, Helena Vuković, Kerim Čutuna, Almir Palata Prle, Anja Matković, Goran Navojec, Faketa Salihbegović-Avdagić, Mirvad Kurić, Nermin Tulić
On the eve of the opening of the 28th Sarajevo Film Festival, the Coca-Cola Open Air Cinema was fully booked during the pre-festival screening
The largest film screen in the region was set at the Coca-Cola Open Air Cinema
Jesse Eisenberg to receive Honorary Heart of Sarajevo Award at the 28th Sarajevo Film Festival
Introducing the Open Air Programme, online ticket sales starts today
Mads Mikkelsen is coming to the 28th Sarajevo Film Festival