SCARRED HEARTS at the National Theatre

SCARRED HEARTS, a film by director Radu Jude, was presented tonight at the Sarajevo National Theatre. 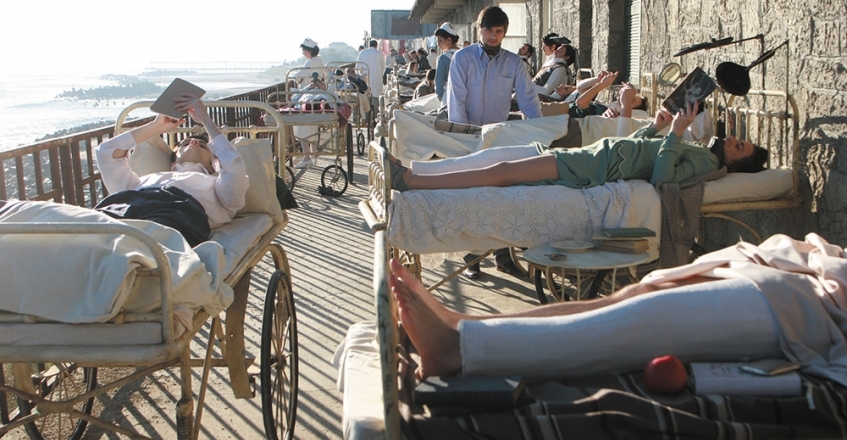 SCARRED HEARTS, inspired by Romanian author Max Blecher's novel, is set in 1937. It centers on Emanuel, a man in his early 20s, who spends his days at a sanatorium on the Black Sea coast, suffering from bone tuberculosis. After falling in love with another patient, he narrates his and his fellow patients' attempts to live life to the full as their bodies slowly wither but their minds refuse to give in.