The 26th Sarajevo Film Festival will be opened on Friday, 14th of August, with the world premiere of Focus, Grandma by director Pjer Žalica, via ondemand.sff.ba. 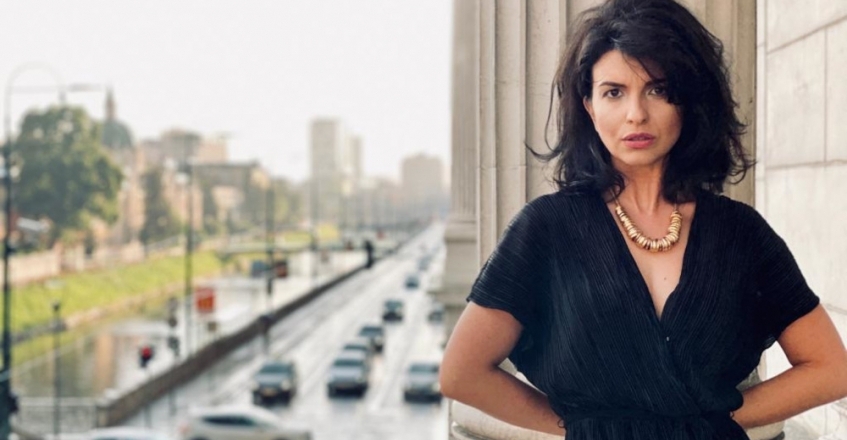 Before the beginning of the film, Mirsad Purivatra, director of Sarajevo Film Festival, will greet the audience from all over the world. Belma Salkunić, an actress from Bosnia and Herzegovina, will be hosting the opening of this year’s edition of the festival, which will be held online. Salkunić plays a lead role in the new film by Ognjen Sviličić, “The Voice”, in the festival In Focus programme.
Each year, Sarajevo Film Festival with great pleasure honours successful young film artists of Bosnia and Herzegovina by giving them the chance to host the opening, seeking to discover, support, and promote young regional film professionals.
Belma Salkunić was born in 1988. She graduated from the Academy of Performing Arts (Department of Acting) in 2012. She is a member of the National Theatre in Sarajevo ensemble. She debuted in ‘Well Tempered Corpses’, a film directed by Benjamin Filipović, and she also acted in: ‘Romeo and Juliet in Sarajevo’, ‘Twice Born’, ‘The Voice’, ‘All about Love, Books and Dogs’, and in series: ‘Crime Column’, ‘Crazy, Confused, Normal’, and she recently completed filming a Serbian series „Žigosani u reketu“. The film ‘The Voice’ by the Croatian director Ognjen Sviličić, in which she played the leading female role, had a premier at the 24th International Film Festival in Busan in October 2019.
Some of the theatre plays in which she acted include: ‘The Bourgeois Gentleman’, ‘Cosa Nostra’, ‘Ode to Joy (9th Unfinished)’, ‘Seven Days Later’, ‘Snow’, and ‘The Leader’. In addition to the plays and films, she has been actively working as a moderator in events, acting in commercials, and she is experienced in radio and television work.
Previous hosts of Sarajevo Film Festival opening ceremonies included actresses Amila Terzimehić, Zana Marjanović, Vanesa Glođo, Alena Džebo, and Marija Pikić, and actors Alban Ukaj, Ermin Bravo, Boris Ler, Adnan Hasković, Feđa Štukan, and Igor Skvarica.
The 26th Sarajevo Film Festival will be held from 14th to 21st August at ondemand.sff.ba.
Tickets avaliable at ondemand.sff.ba.
In cinemas in BiH in 2022, 1,118,550 viewers
„May Labour Day“ by Pjer Žalica available online from January 1st
Docu Rough Cut Boutique 2023 opens call for entries!
NETWORK OF FESTIVALS IN THE ADRIATIC REGION PRESENTS: Winter Edition
MAY LABOUR DAY by Pjer Žalica closed the 28th Sarajevo Film Festival