Once again, the House of Shorts - located in the former Art Cinema Kriterion - will be the central venue for screenings of numerous short films included in the 2019 lineup of various Sarajevo Film Festival sections. 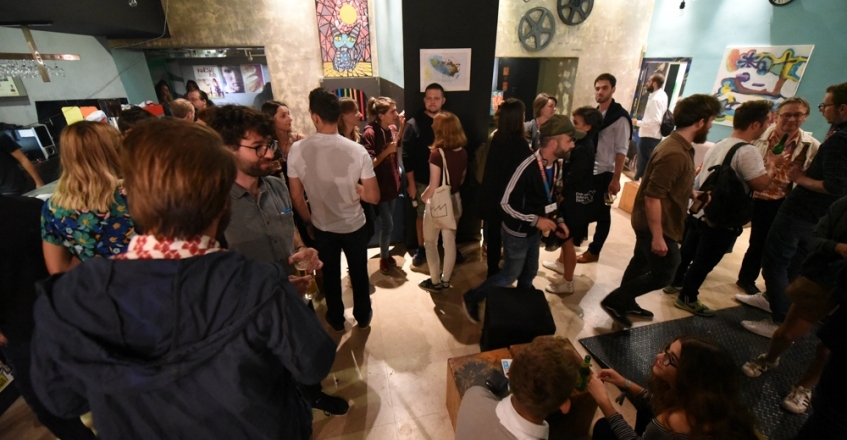 During the 25th anniversary edition of the Festival, the recently renovated venue will welcome numerous guests and a growing number of short film fan audiences. House of Shorts will be a home away from home, offering a relaxed atmosphere in which social exchanges between filmmakers and festival-goers can take place, as well as being the site for networking between film professionals, panel discussions, masterclasses, and festival parties.
Numerous events will be organized in the House of Shorts during the 2019 edition of the Festival, including:
- “House of Shorts Speed-Dating”: a series of short, “speed-dating” encounters between representatives of top international film festivals and filmmakers with short films selected at the 2019 Sarajevo Film Festival. Prior to the speed-dating event, an official introduction session will be organized with festival representatives Camille Hébert-Benazet (Cannes Shorts), Leo Soesanto (Semaine de la Critique du Festival de Cannes), Enrico Vanucci (Venice Biennale Shorts), Linn Loeffler (Berlinale Shorts), Maike Mia Hoehne (Hamburg International Short Film Festival), Marija Milovanović (Vienna International Shorts), Kilian Lilienfeld (Winterthur ISFF), Szymon Stemplewski (Short Waves Festival) and Maks Pilasiewicz (Zubroffka ISFF). The event will be held on Monday, August 19, at 16:00 local time. Participation by invitation only. 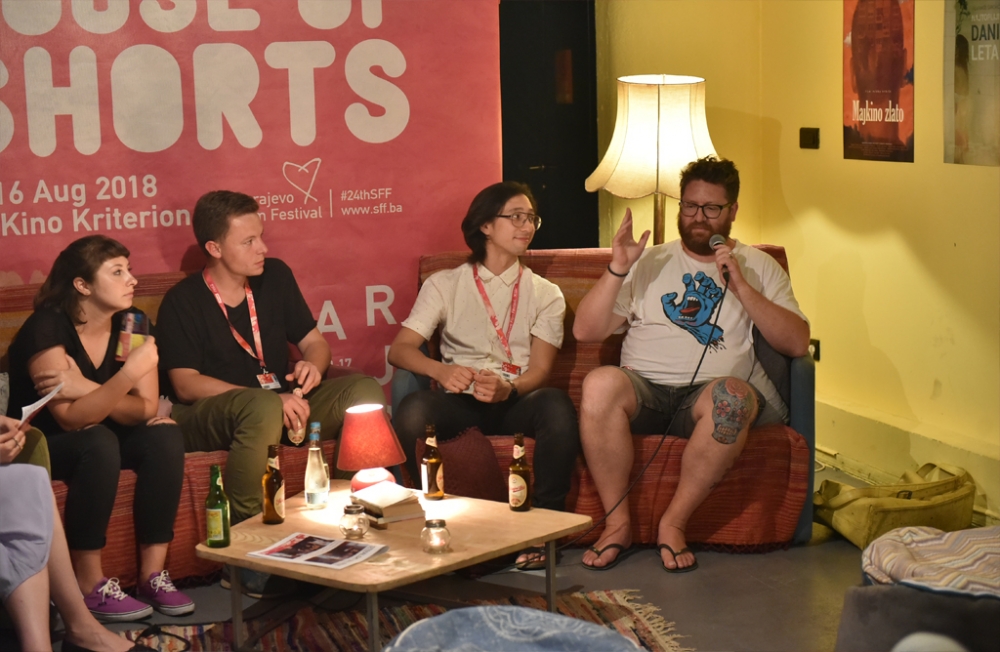 - “House of Shorts Party: I Woke Up Like This” will be held on the same date at 22:00 local time to celebrate this year's rich short film agenda. All Festival guests are welcome to attend.
- A panel discussion entitled “Starting your own company and the future of short film distribution” to be attended by owners of film distribution companies Some Shorts, Lemonade Films, Radiator IP Sales and Varicoloured. This discussion will be held on Tuesday, August 20, at 16:30 local time. The event is open to all accredited Festival guests.
- Masterclass by Israeli director and screenwriter Nadav Lapid, the winner of Golden Bear prize of the 2019 Berlinale and a member of the jury of the Competition Programme – Student Film at 25th Sarajevo Film Festival. The same program will include special, out-of-competition screenings of Lapid’s short films. The masterclass will be held on Wednesday, August 21, at 13:00 local time.
Among many different Festival sections that include short films, the focus will be on the Competition Programme – Student Film and European Shorts program. A total of 14 films (including 5 world premieres) will compete for the Heart of Sarajevo award for the best student film. The European Shorts program will include 13 films hailing from all over Europe, that will compete for candidacy for the European Film Academy’s best short film award, and – for the first time in Sarajevo Film Festival’s history – to qualify for the nomination for the Oscar® award of the American Academy of Motion Picture Arts and Sciences. Films from both respective sections – equally characterized by relevant topics and original, investigative film language – will be screened in three programme slots each. All screenings will be followed by a Q&A with attending filmmakers.
As the flagship venue for all of the Sarajevo Film Festival’s short film sections, the House of Shorts will also include the BH Film-Shorts program that showcases the best recent films by Bosnian filmmakers, and the Cinefondation Cannes special screening which will present the four awarded films from the Cannes’ 2019 Cinefondation program, followed by Q&A sessions with a part of the awarded filmmakers.
Early Bird registrations for the 28th Sarajevo Film Festival are open!
Green Key presented to Sarajevo Film Festival
Music and film spectacle "Birdman" with Antonio Sanchez live and "Burn After Reading" for the end of this year's Ponta Lopud Festival
17 nominees for the Heart of Sarajevo Awards for TV series of the 28th Sarajevo Film Festival
Open Call for Western Balkans Young Team: Sarajevo Film Festival In Youth Eyes