In cooperation with the Embassy of Switzerland and the Swiss Federal Department of Foreign Affairs, the Sarajevo Film Festival will host the Human Rights Day for the seventh year in a row. 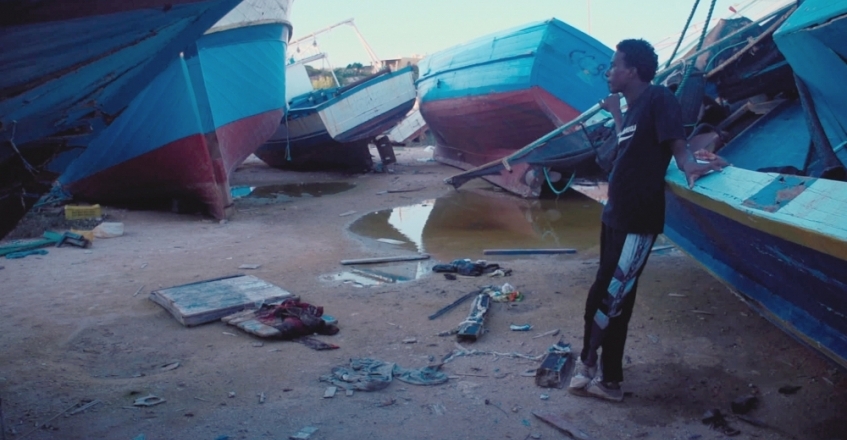 As part of the activities marking the Human Rights Day, which will be held today, the Sarajevo Film Festival will organize a special programme, including a  screening of the film THOSE WHO FEEL THE FIRE BURNING, by Morgan Knibbe and a panel at the Multiplex Cinema City.

The topic for this year’s Human Rights Panel is TAKE DOWN THE FENCES. Because of the situation in the Middle East described as one of the greatest humanitarian crisis since World War II, thousands of migrants are trying to reach Europe and seek asylum there because they are deprived of the basic human rights in their home countries. Although precise data on immigration trends for 2014 are still unavailable, information from previous years indicates that there is a huge rise in the number of migrants seeking asylum in the countries of the European Union. Majority of migrants who reach the EU apply for asylum in Germany, Sweden, Italy, France and the United Kingdom. Most of the asylum seekers come from Syria, Eritrea and Afghanistan. Migration within Europe is also significant, with citizens of the non EU-member countries of “West Balkans” and southern EU-member countries (Greece, Spain, Portugal) moving to the countries of central and northern Europe in hope to secure better living conditions for themselves and their families.

Estimates show that some 65 percent or 3,279 of migrants who died at EU borders died when ships the human smugglers transported them in sank in the Mediterranean. The number of illegal immigrants continues to grow. In the final months of 2014 a growing number of Kosovo citizens have also been registered crossing into the EU at the border between Serbia and Hungary.

The immigration crisis is one of the greatest problems faced by Europe today, but is there a common solution for it? How have we reached this point? Has the long-term economic crisis contributed to the growing fear of “others and those who are different”? Has the sense of solidarity disappeared and is the end of the crisis in sight? These are just some of the questions we will try to answer at this year’s panel debate organized within the Human Rights Day of the Sarajevo Film Festival.

The Competition Programme – Documentary Film of the Sarajevo Film Festival showcases films inspired by various aspects of human rights and by marking this special day we aim to further emphasise the importance of film as a significant and powerful media for the promotion of human rights. The films and topics chosen each year for marking the Human Rights Day provide an opportunity for panel participants, the audience and the media to discuss pressing problems currently faced by individuals or communities in the world.

Also, the Human Rights Prize will be awarded at the official awards ceremony of the Sarajevo Film Festival for film in the Competition Programme – Documentary Film that best deals with human rights. The prize of 3.000 Euros is provided by the Swiss Federal Department of Foreign Affairs.

As a group of refugees tries to enter Europe illegally by boat, a storm suddenly appears and all hell breaks loose when an old man falls overboard. His perception shifts into another dimension: a dark, hallucinatory place. Driven by a mysterious power and desperately in search of his loved ones, his soul passes by the everyday reality of many castaway refugees at the border of the alleged paradise, Europe. The old man's spirit observes people on the street being chased away like dogs, follows an illegal worker and a drug-addicted mother and slips inside crowded refugee shelters. Wandering through this limbo, the old man questions the meaning of his existence.