PAIN AND GLORY at the Raiffeisen Open Air Cinema

The latest film from Pedro Almodóvar, PAIN AND GLORY, was shown tonight at 20:30 at the Raiffeisen Open Air Cinema. 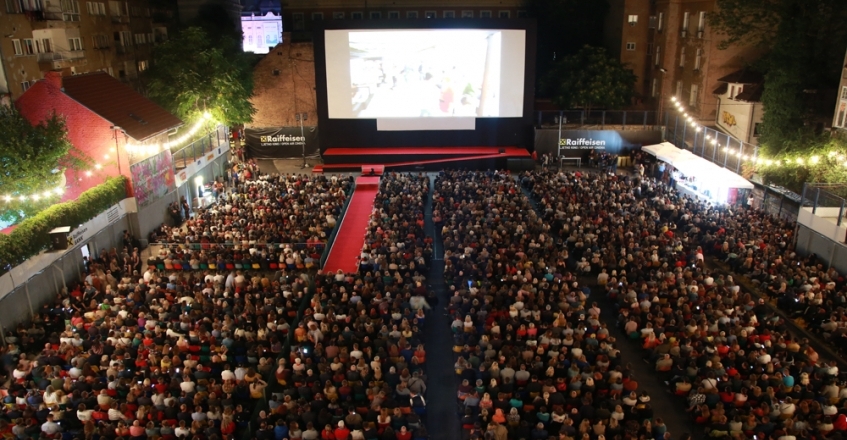 The film in which the director reunites once more with his old colleagues, Penélope Cruz and Antonio Banders, was first shown this year at the Cannes Film Festival, where Banderas won the Best Actor award.
PAIN AND GLORY tells of a series of re-encounters experienced by Salvador Mallo, a film director in physical decline.. PAIN AND GLORY talks about creation, about the difficulty of separating it from one’s own life, and about the passions that give it meaning and hope. In recovering his past, Salvador finds the urgent need to recount it – and in that need, he also finds his salvation.
You can watch the movie in one of the following showings.
Director: Pedro Almodóvar
Cast: Antonio Banderas, Asier Etxeandia, Leonardo Sbaraglia, Nora Navas, Julieta Serrano, César Vicente, Asier Flores, Penélope Cruz, Cecilia Roth, Susi Sánchez, Raúl Arévalo, Pedro Casablanc, Julián López
On the eve of the opening of the 28th Sarajevo Film Festival, the Coca-Cola Open Air Cinema was fully booked during the pre-festival screening
The largest film screen in the region was set at the Coca-Cola Open Air Cinema
Jesse Eisenberg to receive Honorary Heart of Sarajevo Award at the 28th Sarajevo Film Festival
Introducing the Open Air Programme, online ticket sales starts today
Mads Mikkelsen is coming to the 28th Sarajevo Film Festival