Film BEFORE MIDNIGHT by Richard Linklater was screened tonight in Open Air Programme. 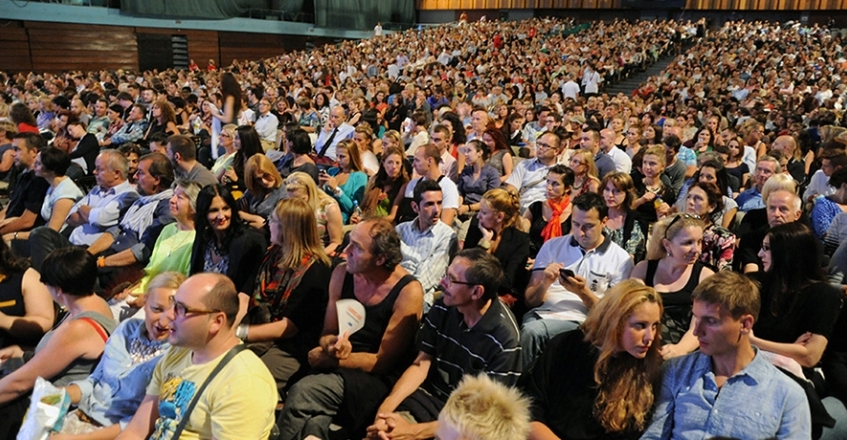 In 1995, Ethan Hawke and Julie Delpy won our hearts with the honesty of BEFORE SUNRISE. In 2004, that resonant magic was revisited in BEFORE SUNSET. Now, in the eagerly anticipated third chapter in the star-crossed tale of Jesse and Celine, Richard Linklater fast-forwards to nine years after the last meeting in what just may be the ending to the perfect trilogy.

Witty heartfelt dialogue seamlessly mixes with signature long takes to bring this couple to yet another crossroads in a twisting but passionate relationship. As Jesse and Celine have matured, so has their bond and candor, as familiarity, life’s ups and downs and time itself add refinement and a fresh lyrical quality to this most recent encounter.

The film casually and intelligently touches on matters big and small while the challenges of this relationship are spun with brilliant honesty, wit and humor.

Richard Linklater is a self-taught writer, director and producer, who was among the first and most successful talents to emerge during the American independent film renaissance of the 1990s.