The confrontation of two generations

In conversation with Dušan Kasalica, director of the film THE ELEGY OF LAUREL 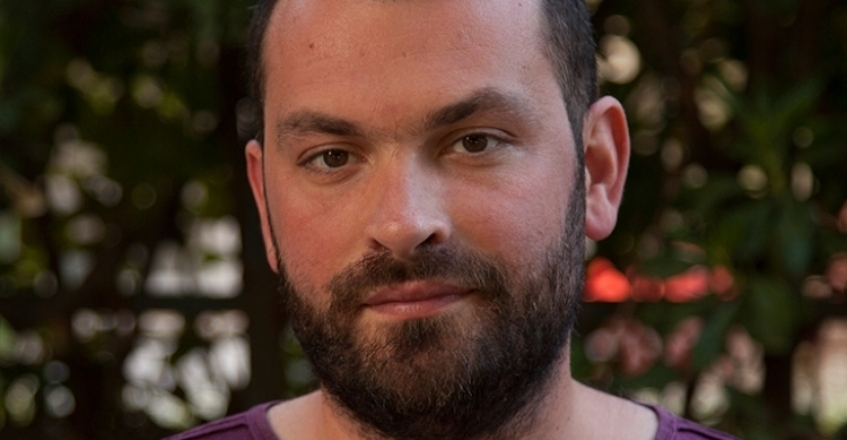 Your main actors, Frano Lasić and Savina Geršak, were once a notion of beauty and attractiveness in the former Yugoslavia, and they are beautiful even today. While working on the script, did you want the two of them in the lead roles or did they just apply for the casting?
I approach the selection of actors very openly, in the sense that they can be actors, naturalists, members of the film crew, etc. What matters to me is how someone looks, what they carry with them and from that we start building characters with dedication and mutual respect. In Elegy we have such a diverse casting, from professional actors to naturalists and amateurs. In that sense, very soon after the script was written, I started thinking about Frano, who, in addition to having the career he has, also carries a symbolic value of a true and beloved Yugoslav star, which inspired me to connect him with the context of the film and I start working with him. I had similar reasons for considering Savina, who has a special place in Montenegrin cinematography with films by Zivko Nikolic. This was just a starting point; they brought a lot more to both the film and me as a director because our collaboration was full of understanding and commitment. Both of them brought dignity and subtlety to the characters, which was very important to me.
You made a film about a decently situated social class left over from the previous state system that is not inclined to face problems and solve them and prefers to pretend that problems do not exist. Can a generation significantly older than yours, which behaves immaturely, raise responsible and combative offspring, or it raises children who ignore it in the same way - like Jovana ignores her parents?
First of all, through the characters played by Savina and Frano my narrative deals with the older generation, the middle class of Yugoslavia, which consumed the system without much responsibility, watched its demise and establishment of bizarre values we are surrounded by without doing anything. It seems to me that they have decided to live in the romantic self-sufficiency that I deal with through the character of Filip played by Frano Lasić. The structure of the film is divided into several key situations in Filip’s life in which his character Questions himself. When Philip has nowhere to run from the problems he doesn't want to face, he goes to a fairy tale - a free adaptation of the famous tale “The Forest of Stribor” (“Šuma Striborova”), which archetypically questions the mother-son-fatal woman relationship, which could be related to the rest of this film's story.
Furthermore, the film confronts two generations through the daughter's relationship with her parents, but also the student's relationship with the professor. They have raised an inert, scattered generation, which lacks a sense of solidarity and responsibility and which is quite lost in front of everything in front of us.
There are numerous scenes in which the viewer catches his breath from the beauty of nature. Have you thought about using the beautiful scenes of the Durmitor forest for tourist purposes?
I always remind myself that we found and settled this incredible nature in Montenegro, that it was not created by our efforts or efforts, and that we only and exclusively exploit and destroy it. Nature is a reminder to us that in such an environment everything should be good and successful but somehow the idea of any progress has become abstract.
How much elements of fairy tales and fables present in your script have their roots in the folk, orally transmitted tradition of storytelling, and how much are they the product of your imagination?
The basic premise was that I wanted to make a film about a man who is unable to communicate, to indulge, to connect with the world around him and as such experiences crash after crash and having nowhere else to go, he goes into the world of fantasy. I wanted to process a folk tale that comes from the culture of this area and with which we can all connect. Exploring our folklore and prose, I returned to the famous fairy tale “The Forest of Stribor” by Ivana Brlić Mažuranić. There is no fearless, powerful hero who is facing an unsolved problem in this fairy tale, but a weak, naive guy who is stuck between a Girl who was a snake and a Mother who just wants to protect her son. The setting of the characters is close to the rest of my script and I opted for a free adaptation of the fairy tale. In our film, fantastic creatures appear suddenly, conversations with them are direct, they are like all other people and I think that this introduces interesting dynamics in the narrative flow of the film.
This film is, in a way, a child of CineLink - you presented it at an early stage at the Days of CineLink Industry and this is not the first time that you have participated in the Sarajevo Film Festival. You are the holder of the Heart of Sarajevo for the short film (The matter of will) after which you were a member of the jury for the same program. How does it feel to go back to a festival where you’ve already been awarded and premiere your first feature film?
From everything you have stated it is clear that SFF is a special festival for me. I am especially glad and honoured that the film Elegy of the Laurel will be premiered at SFF and more than anything that it will all happen live, in front of the audience in the cinema, where we will watch the film on the big screen.
Marinela Domančić
The world premiere of THINGS WORTH WEEPING FOR closed the Competition Programme - Feature Film
Regional premiere of GREAT FREEDOM
More choices, less stability
Concept of love and freedom
Regional premiere of CELTS