Meet the guests of Open Air section who will participate in „Coffee with...“ program

During the silver jubilee edition of the Sarajevo Film Festival, our “Coffee with…” side program will host filmmakers of LES MISERABLES, STITCHES and IT MUST BE HEAVEN. 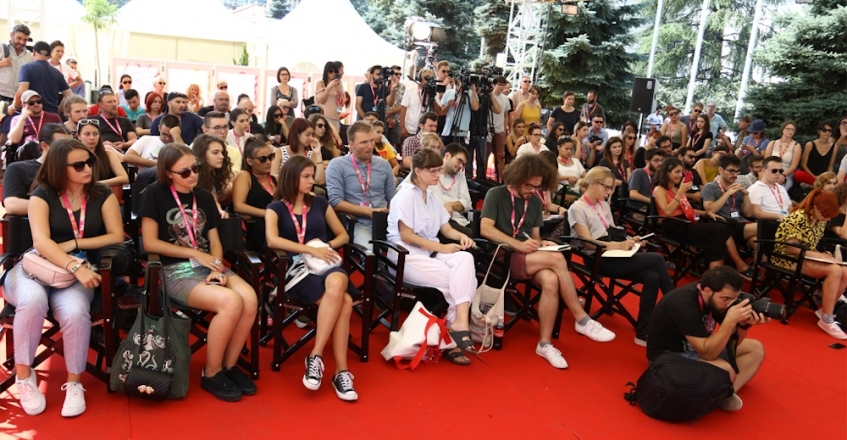 "Coffee with..." is a moderated public interview during which audience and media representatives can meet some of the most prominent filmmakers working today. The Sarajevo Film Festival has been staging this side-program for a number of years with the aim to build links between audience and film professionals. As an integral part of the Festival’s Open Air Program, “Coffee with…” opens new perspectives and provides audience with an insight on filmmaking.
At 11:00 on Monday, August 19, at the Festival Square, members of public can attend an interview with the crew of LES MISERABLES, including its helmer Ladj Ly and principal actors Damien Bonnard, Alexis Manenti and Djibril Zonga.
The debut narrative feature by Mali-born director, inspired by Victor Hugo’s novel of the same name, LES MISERABLES was one of the greatest surprises of the competition program of the 2019 Cannes Film Festival where it won the Jury Prize.
On Wednesday, August 21, “Coffee with…” will host director, lead actress and screenwriter of STITCHES: Miroslav Terzić, Snežana Bogdanović and Elma Tataragić.
STITCHES is based on a true story from Serbia, where in 1990s, some 3,000 newborns were stolen from hospitals under the noses of their parents, who were told by medical staff that their children had died at birth. It won Europa Cinemas Label prize at the 2019 Berlin International Film Festival.
On Thursday, August 22, “Coffee with…” will greet Palestinian director Elia Suleiman, the winner of multiple awards at Cannes and Venice.
His latest film, IT MUST BE HEAVEN, follows Suleiman as he leaves his native land in search of a new home, only to discover that Palestine follows him wherever he goes. His wish to build a new life turns into a string of comic mishaps: regardless of how far he travels, something always reminds him of home. The film won the Jury Special Mention and the FIPRESCI prize at the 2019 Cannes Film Festival.
Access to “Coffee with…” events is possible with a press pass or a ticket for screenings in the Open Air program.
In cinemas in BiH in 2022, 1,118,550 viewers
„May Labour Day“ by Pjer Žalica available online from January 1st
Docu Rough Cut Boutique 2023 opens call for entries!
NETWORK OF FESTIVALS IN THE ADRIATIC REGION PRESENTS: Winter Edition
MAY LABOUR DAY by Pjer Žalica closed the 28th Sarajevo Film Festival