NETWORK OF FESTIVALS IN THE ADRIATIC REGION PRESENTS: Winter Edition 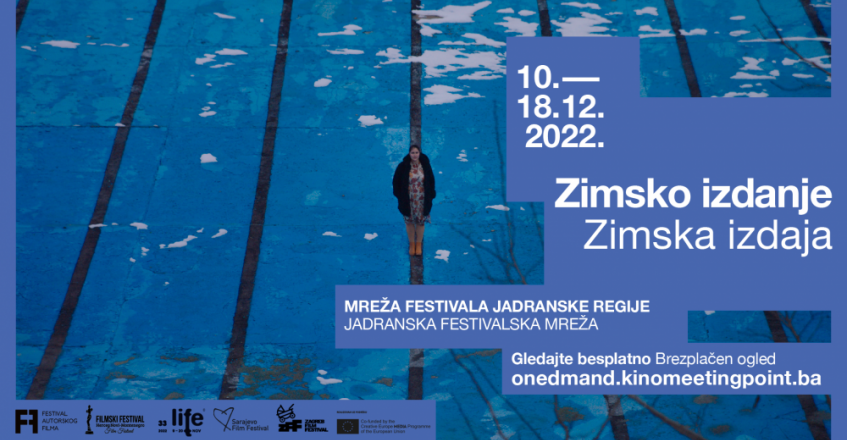 “The Winter Edition was conceived in a desire to use the platform that brings together the audiences of five big regional festivals to advance the reach of several important films, especially in wintertime when we spend more time in front of the screen in the warmth of our homes. These are films whose distribution cycles somewhat or completely coincided with the pandemic and therefore did not get the exposure with the regional audience to the extent that they deserve. The programme includes two titles that audiences outside of their home countries may not have had the opportunity to see, and two that conclude their successful international tours earning valuable awards and recognitions,” say the organizers.

I Am Frank by Slovenian director Metod Pevec presents viewers with an interesting moral dilemma: What would you do if you inherited a million sum that you knew was obtained by fraud? The unexpected inheritance triggers a conflict between Frenk (Janez Škof), a rebel who still swears by socialist values, and his brother Brane (Valter Dragan), a typical post-transition tycoon. While Frenk investigates the origin of the money that their late father appropriated in various shady deals, Brane wants to get his hands on the money with the help of a lawyer and a network of his father's unscrupulous friends.

In her debut feature Asymmetry, director Maša Nešković deals with the question of why some relationship, event he ones filled with love, fall apart after a while. Intertwining three narrative lines, the film follows three couples whose stories intersect during a hot summer in a deserted Belgrade: the boy Pec and the girl Lola spend the last days of their summer holidays before she moves to Canada, neighbours Olja and Ivan embark on a passionate fling, while Vera and Vladimir separate after 20 years of marriage. The cast is headed up by Daria Lorenci Flatz, Uliks Fehmiu, Mira Janjetović and Mladen Sovilj.

Srdan Golubović’s Father has won a series of important awards, including the Audience Award in the Panorama programme at the Berlin International Film Festival. After the social service takes away his children, unemployed day labourer Nikola leaves his small village in the south of Serbia and sets off on foot towards Belgrade, where he plans to present his case to the minister. The role of the desperate father who transforms from a loser on the margins of society into a hero of our time earned Goran Bogdan numerous awards and recognitions, as well as a nomination for the European Film Award for Best European Actor. Other roles in the film are played by Boris Isaković, Nada Šargin, Milica Janevski, Muharem Hamzić and others.

Director Teona Strugar Mitevska’s God Exists, Her Name Is Petrunija is a satire that follows the events in the Macedonian town of Štip. There, every January, a local priest tosses a wooden cross into the river and hundreds of men jump in after it. The one who retrieves it will be awarded by good fortune and success. This time Petrunija also spontaneously dives in after the cross and manages to snatch it up before the others. The men are furious because a woman has dared to participate in their ritual. Total chaos ensues, but Petrunija (starring Zorica Nusheva) does not falter. The film premiered at Berlinale, where it won the Ecumenical Jury Award and the Guild Film Prize, as well as 2019 LUX Prize of the European Parliament.

The films will be available to viewers in Croatia, Slovenia, Bosnia and Herzegovina, Serbia and Montenegro with prior registration at the ondemand.kinomeetingpoint.ba platform.

The Network of Festivals in the Adriatic Region is supported by the Creative Europe MEDIA Sub-programme.