Cast and Crew of BLACK COAL, THIN ICE in the "Coffee with..." Programme

On Thursday (21 August), the cast and crew of BLACK COAL, THIN ICE, which screened last night as part of the Open Air Programme, stopped by the Festival Square to spend some time with us. Our guests were the director Yi'nan Diao, actress Gwei Lun Mei and co-producer Shen Yang. 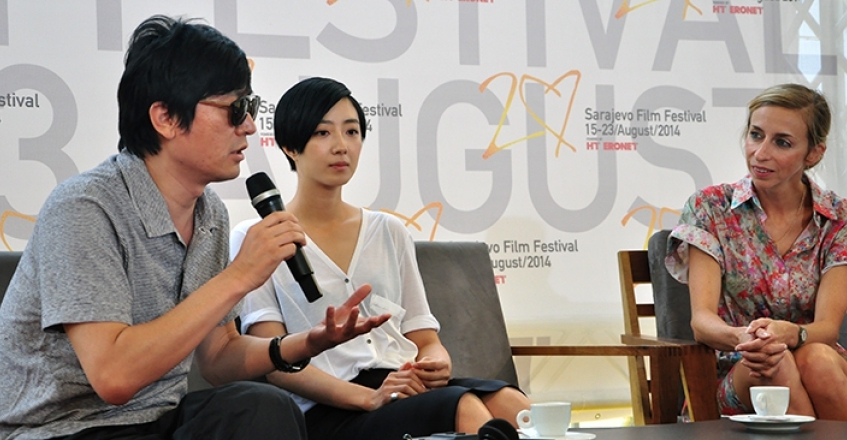 The “Coffee with…” programme is an opportunity to ask them anything you would like to know and to hear their thoughts.

A reminder: The film takes place in Northern China, in 1999.  In a small town, there is a grisly discovery of several corpses. A bloody incident during an attempt to capture the alleged murderer leaves two police officers dead and another badly injured. The surviving officer Zhang Zili is suspended from duty; he takes a job as a security guard at a factory. Five years later, another series of mysterious murders occurs.