Director Atom Egoyan has arrived today in Sarajevo. Sarajevo Film Festival is honored to pay Tribute to the director Atom Egoyan who will also receive Honorary Heart of Sarajevo for his extraordinary contribution to the art of film on Wednesday at 15.00 at Cinema Meeting Point. 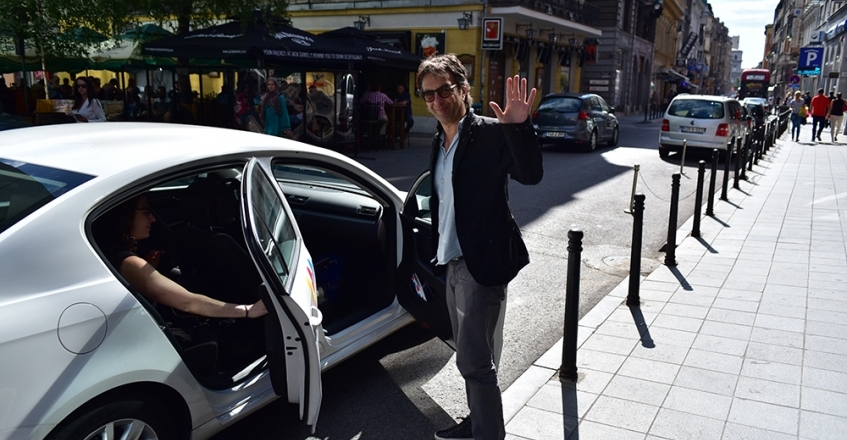 With fifteen features and related projects, Atom Egoyan has won numerous prizes at international film festivals including the Grand Prix and International Critics Awards from the Cannes Film Festival, two Academy Award® nominations, and numerous other honours.  His films have won twenty-five Genies - including three Best Film Awards – and a prize for Best International Film Adaptation from The Frankfurt Book Fair.  Egoyan’s films have been presented in numerous retrospectives across the world, including a complete career overview at the Pompidou Centre in Paris, followed by similar events at the Filmoteca Espagnol in Madrid, the Museum of The Moving Image in New York and the Royal Cinematek in Brussels.

His body of work – which includes theatre, music, and art installations - delves into issues of memory, displacement, and the impact of technology and media in modern life.

Egoyan’s art projects have been presented around the world including The Venice Biennale and Artangel in London. STEENBECKETT became part of The Artangel Collection, an innovative alliance with the Tate. His installation, AURORAS, was recently on view at the Maxim Gorki Theater in Berlin, in a program commemorating the centennial of the Armenian Genocide.
Egoyan’s adaptation of Samuel Beckett’s EH JOE was presented by The Gate Theatre in Dublin, where it won The Irish Times/ESB Award for Best Direction before transferring to London’s West End and The Lincoln Center Festival in New York.

Egoyan directed the contemporary Chinese opera FENG YI TENG for the 2012 Spoleto Festival in Charleston and the Lincoln Center Festival, New York.  It was performed at the Luminato Festival in 2013, following the remount of Richard Strauss’s SALOME with the Canadian Opera Company.  Egoyan directed a new production of Mozart’s COSÌ FAN TUTTE for the COC in 2014. His award-winning production of Wagner’s DIE WALKÜRE was performed in early 2015, earning Egoyan the Dora Mavor Moore Award for Best Direction.