Jury of the European Short Film 2020 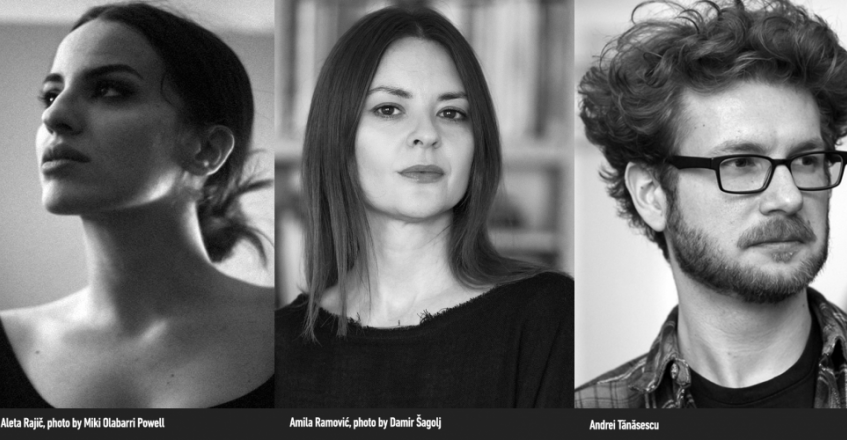 Films in the European Shorts section compete alongside the regional Competition Shorts for an EFA Short Film Candidacy at the European Film Awards and to qualify for an Academy Award (Oscar®) nomination.
ALETA RAJIČ
Animator, BiH
Born in 1990 in Čapljina. She holds a Master's degree in English Language and Art History from the Faculty of Philosophy, University of Mostar. Already in elementary school she started working on animated films at the ”Studio Neum”, where she worked as a set designer and animator on several films and attended numerous animation workshops and educational programmes organised by them. For the last couple of years, she has been one of the lecturers at the School of Animated Film (in Mostar and Neum) whose founder is her father, a veteran of BiH animation - Jurinko Rajič. ”NATURAL SELECTION” is her second film, and it has been selected by over 30 international film festivals in less than a year (including the world premiere at the Sarajevo Film Festival, then Annecy, Pula Film Festival, Monstra, Animafest, etc.), and she won two awards for best animation. For the last nine years, Aleta has been a member of the organizing team of the Neum Animated Film Festival NAFF, and is currently actively involved as a part of the festival’s art direction.
AMILA RAMOVIĆ
Curator, BiH
Amila Ramović is a curator and musicologist from Sarajevo. Her career in the arts started when she joined the Ars Aevi Museum of Contemporary Art team in Sarajevo in 2000, where she later served as Executive Director (2005-2017). She has organized dozens of exhibitions and educational projects in the field of contemporary art, and curated exhibitions by leading Bosnian and international artists, including Braco Dimitrijević's solo exhibition at the Venice Biennale (2009). After joining the faculty of film.factory founded by Béla Tarr in Sarajevo (2016), she continued her collaboration with Tarr through his recent projects (Till the End of the World, Eye Museum Amsterdam, 2017, and Missing People, Wiener Festwochen, 2019). She is an assistant professor at the Music Academy and the Academy of Performing Arts of the Sarajevo University. In 2019 she was awarded Honorary Fellowship by Plymouth College of Art.
ANDREI TĂNĂSESCU
Programmer, Romania
Andrei Tănăsescu is a programmer and curator based in Toronto and Bucharest. After getting a specialist degree in film studies at the University of Toronto, he co-founded the Romanian Film Festival Toronto. He completed a master’s degree at the University of Saint Andrews in Scotland with a master’s thesis on Deleuze and Romanian Cinema. His passion for music and cinema have led to a number of projects that concern the peculiarities of each form and their potential for historical re-evaluation. Between 2010-2019, he was part of the programming team at the Toronto International Film Festival and is a regular collaborator with the Berlin International Film Festival, Bucharest International Experimental Film Festival and Bucharest's American Independent Film Festival and Les Films de Cannes à Bucarest. He is currently a member of the selection committee of Venice Days / Giornate degli Autori and programmer for Kino Pavasaris International Film Festival.
In cinemas in BiH in 2022, 1,118,550 viewers
„May Labour Day“ by Pjer Žalica available online from January 1st
Docu Rough Cut Boutique 2023 opens call for entries!
NETWORK OF FESTIVALS IN THE ADRIATIC REGION PRESENTS: Winter Edition
MAY LABOUR DAY by Pjer Žalica closed the 28th Sarajevo Film Festival