Director Hilal Baydarov, director Salome Jashi and Artistic Director of Movies that Matter Margje de Koning will serve on the Jury of the Competition Programme - Documentary Film of the 28th Sarajevo Film Festival. 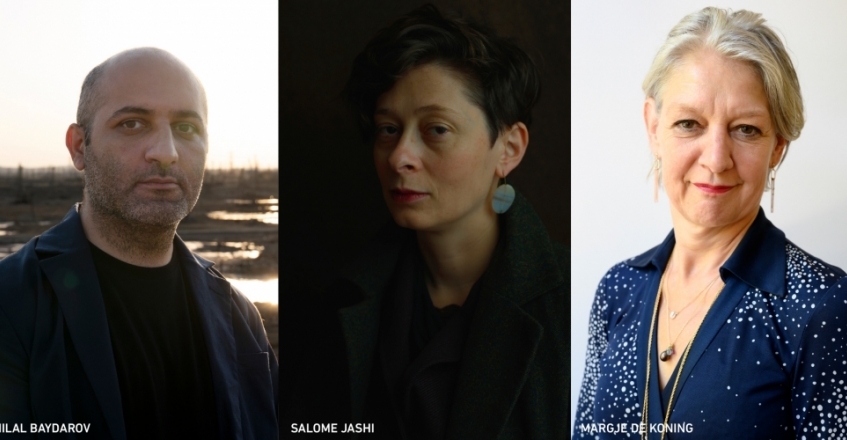 Salomé Jashi (Tbilisi, 1981) is a documentary filmmaker and producer from Georgia. She holds an MA in documentary filmmaking from Royal Holloway, University of London (2006) and an MA in journalism from Georgian Institute of Public Affairs (2003). Her TAMING THE GARDEN (2021) premiered at Sundance Film Festival's World Cinema Documentary Competition and Berlinale Forum and was nominated for the European Film Awards. Her THE DAZZLING LIGHT OF SUNSET (2016) was awarded the Main Prize at Visions du Réel’s Regard Neuf Competition and other festivals. Her earlier work BAKHMARO (2011) was nominated for the Asia Pacific Screen Awards. She was a fellow of the Nipkow Scholarship in 2017 and the DAAD Artists-in-Berlin Program in 2020. Salomé Jashi is a member of the European Film Academy.