The 24th edition of Sarajevo Film Festival started tonight. The Festival was opened with a series of festive events, and the central ceremony took place, as in previous years, at the National Theatre. 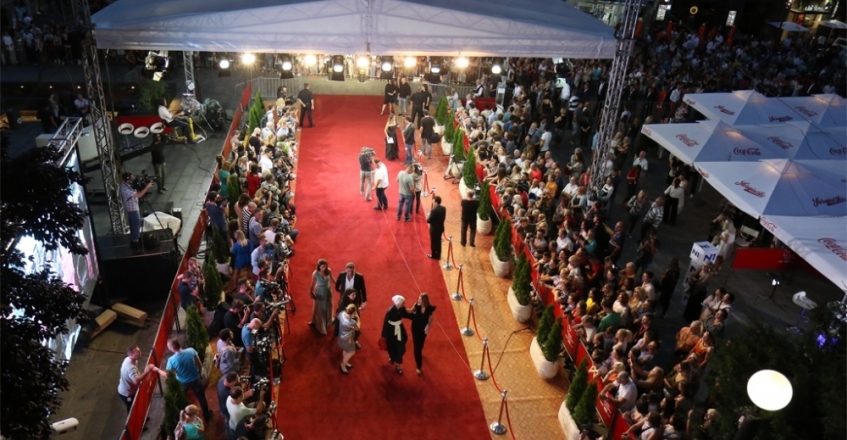 The honor to host the official opening ceremony of this year’s Festival was given to one of the most important actors of the younger generation, actor Alban Ukaj. On this occasion, Turkish director Nuri Bilge Ceylan and the owner and founder of ASA Prevent Group and founder of the Hastor Foundation Nijaz Hastor received the Honorary Heart of Sarajevo Awards.
The ceremony was followed by the screening of the film COLD WAR by Oscar-winning director Pawel Pawlikowski, for which he has been awarded Best Director at this year’s 71st edition of the Cannes Film Festival. The film is also screening at Raiffeisen Open Air Cinema, starting at 9:00 p.m.
Welcome to the 24th Sarajevo Film Festival!
In cinemas in BiH in 2022, 1,118,550 viewers
„May Labour Day“ by Pjer Žalica available online from January 1st
Docu Rough Cut Boutique 2023 opens call for entries!
NETWORK OF FESTIVALS IN THE ADRIATIC REGION PRESENTS: Winter Edition
MAY LABOUR DAY by Pjer Žalica closed the 28th Sarajevo Film Festival