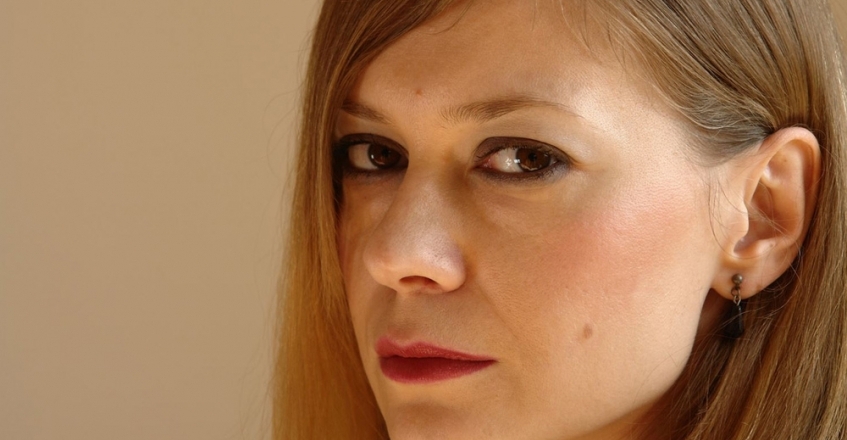 This year, Alena Džebo stared in the short film by Bosnian directress Ena Sendijarević IMPORT that premiered in the Quinzaine Des Realisateurs section of the 2016 Cannes Film Festival.

Alena Džebo graduated from the Acting Department of the Sarajevo Academy of Performing Arts in 2002. Even before graduating she performed in a number of plays staged at the Obala Open Stage in Sarajevo. After graduation she took part in numerous theaterical performances in Sarajevo, Tuzla, Mostar and Zenica, but also in the United States of America, Canada and the United Kingdom.

In addition to her theater and film roles, Alena Džebo appeared in numerous sitcoms, commercials and TV series and had also tried her hand at directing having worked as an assistant director on Adis Bakrač’s feature OSTAVLJENI (2008, BiH).

She has been a member of the Association of Theater Artists Altteatar since 2009, working as an actress and promoting and organizing workshops and other projects for children and youths. Over the past 10 years, this prolific artist has actively participated in the work of the Library for the Blind and Visually Impaired of Bosnia and Herzegovina as an audio book narrator.

Since 2015, Alena Džebo has been legally recognized as a freelance artist.

Over the years, the opening ceremony of the annual Sarajevo Film Festival was hosted by Bosnian actresses Zana Marjanović, Vanesa Glođo and Marija Pikić, as well as by Bosnian actors Ermin Bravo, Boris Ler, Adnan Hasković and Feđa Štukan.