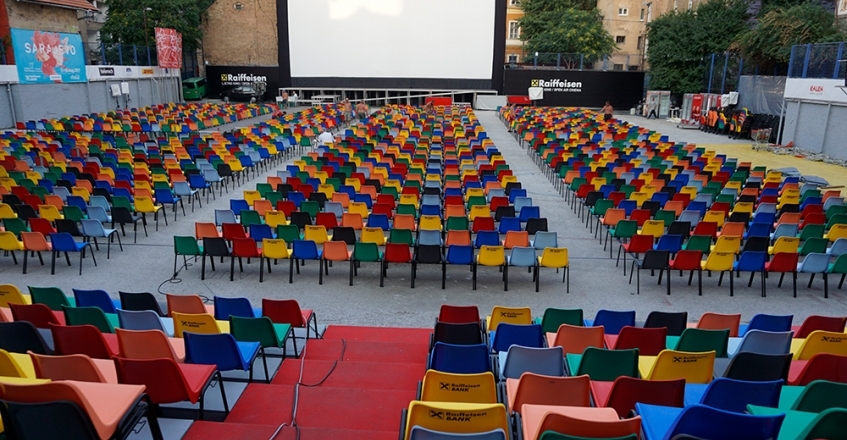 This year’s festival was opened with the film “The Other Side of Hope” by Finnish director Aki Karusimäki; one other of his films had also opened the 17th Sarajevo Film Festival.

“The Other Side of Hope”, for which Kaurismäki won the Silver Bear for the best director at this year’s Berlinare, is a thematic follow-up of sorts to the 2011 film “Le Havre”.

The film premiere started at 20:30 h at the National Theatre, and half-hour later also at the Open Air Cinema Reiffeisen. After the screening, the audience will be greeted by actors Sherwan Haji and Simon Al-Bazoon.

Continuing the established tradition of the festival gala opening ceremonies being hosted by young, talented Bosnian and Herzegovinian artists, the honour to host the opening of the 23rd Sarajevo Film Festival will be bestowed upon actress Amila Terzimehić, whose ascent to the theatre scene could have been followed both by Sarajevo audience and audiences throughout Bosnia and Herzegovina.

In addition to her theatre performances, Ms Terzimehić has created a series of remarkable film roles both in national and international productions.

This year’s Sarajevo Film Festival will present to its audience 235 films in 18 different programmes, four of which are competitive. It will feature as many as 43 world premieres, 23 international.