Gala screening of THE MUTE

Tonight at 10:00 at the National Theatre, as part of The Competition Programme – Feature Film, the film THE MUTE had its Gala Screening – out of competition. 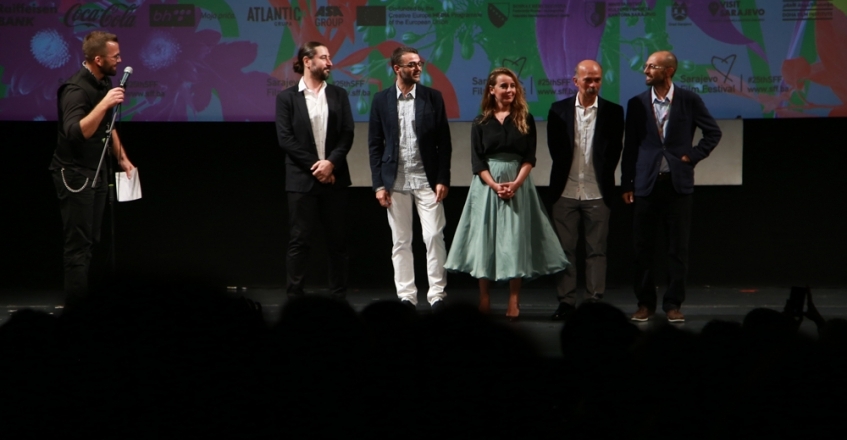 This screening was the world premiere of the film by the Turkish director, Murat Pay.
Living on his own in a modest home, Sami makes a living as a mural painter. One day, he learns that his doting grandmother has passed away, and has bequeathed him a small chest full of calligraphy materials. At first, Sami dismisses the contents of the chest, so much so that he even considers getting rid of them. But then he meets Selma at the library where he has been commissioned to do a mural, and this introduction marks a turning point for him. Selma, an attractive and dignified woman with the impeccable manners of an old Istanbul family, once took up calligraphy herself. With her guidance and encouragement, Sami embarks on learning the practice. He is helped in his endeavours by Esref Efendi, a gifted but demanding old-generation calligrapher, whose distaste for the present state of calligraphy has deterred him from taking on students for some time. And the master is quick to steer Sami towards love. For Sami, who finds himself caught between Selma and Esref, the calligraphy becomes a challenging journey in which he is forced to confront his memory, but also to address a fundamental question: Is practice impossible without love?
You can watch the movie in one of the following showings.
Director: Murat Pay
Cast: Mim Kemal Öke, Vildan Atasever, Emin Gürsoy, Ozan Çelik
The world premiere of THINGS WORTH WEEPING FOR closed the Competition Programme - Feature Film
Regional premiere of GREAT FREEDOM
More choices, less stability
Concept of love and freedom
Regional premiere of CELTS