On Sunday DocuCorner guest was Pavo Marinković, director of the Occupation, the 27th picture. 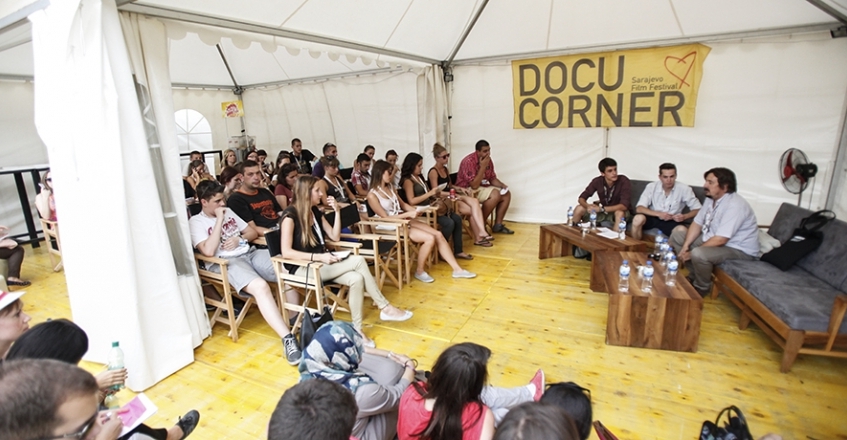 This documentary is a story about Lordan Zafranović, director of the Occupation in 26 pictures feature film, about his road to success and its consequences back then and now.

As Mr. Marinković says, Zafranović has a negative public image in Croatia, which is why one of his colleagues, a famous director, asked him why he was making a film about “that laughing stock”, however, Marinković answered that he had always perceived him in a different manner.

Maybe so because main scandals and events that happened to Zafranović coincided with important events in the director’s life, such as enrolment to the Academy. Even though reviews were positive so far, the director expects negative press coverage, particularly once the documentary gets broadcasted on the HRT channel, which is one of the co-producers.

One of the viewers remarked that Mr. Zafranović was a cold and reserved person, but the director responded that he did not perceive him as such, that he was a sincere person who dominated discussions. He advised young artists who wanted to make extravagant and politically unsuitable films that they should not give up their ideas if they firmly believed in them; that they should develop resistance to ample criticism that would come their way, to refusal and rejection of what they thought was a fabulous idea. When asked if he would have made the documentary in the 1990’s, the director answered he wouldn’t have, primarily because of his own immaturity and inexperience.