THESE ARE THE RULES at KSC Skenderija

Tonight (16 August), as part of the Open Air programme, we enjoyed watching the multi-award winning film THESE ARE THE RULES, by the Croatian director Ognjen Sviličić. 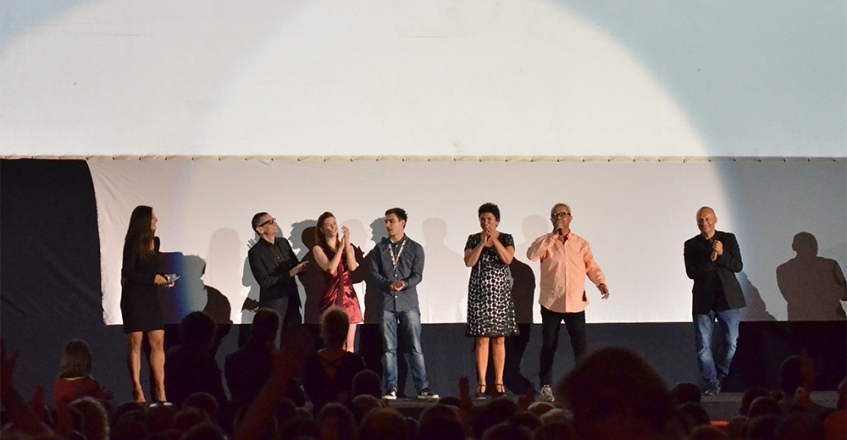 Ivo and Maja live a quiet life in a dull suburb of Zagreb. One night their only son Tomica is violently attacked on the street by another teenager, beaten and left severely injured. Their world of false security collapses. As they go through an unbearable ordeal, they are forced to re-examine their lives and question everything they believed in.

Ognjen Sviličić was born in 1971 in Split, Croatia. He graduated from the Academy of Dramatic Arts in Zagreb and began his career directing TV movies. His first feature-film was awarded Best Croatian motion picture at the national film festival in Pula by film critics. Sviličić continued with SORRY FOR KUNG FU, that was screened in a world premiere at 55th Berlin Film Festival (Forum), and won several international awards. SORRY FOR KUNG FU was sold for theatrical and dvd release in Germany, USA and France. His fifth feature-film ARMIN had its world premiere at Berlin Film festival. It has been shown on more than 50 festivals and has received numerous awards. Ognjen Sviličić also works as a scriptwriter and a professor at the Academy of Dramatic Arts in Zagreb since 2008. He has been a jury member at six international film festivals, among them Sarajevo and Warsaw.

THESE ARE THE RULES was shown at the KSC Skenderija at 20:30. The cast will greeted the audience after the screening.