On its fifth day, DocuCorner was host toZdenko Jurij, journalist and director of PATIENT. 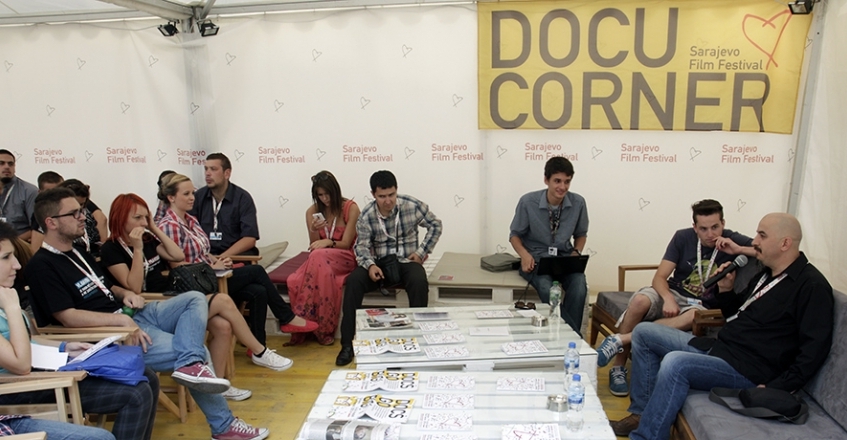 According to the director, this film came into being by accident. The initial idea was to follow a single patient’s operations during thirty-five years of a hospital’s existence. The film attained its final form after much material was filmed and following quite a few interventions.

The audience agreed that the film functions on an emotional level, despite having no soundtrack. The director stated that his guiding idea was the thought that there is no need to shun the mundane in order to locate intriguing moments. Showing the meaning of small everyday events in the right way can suffice.

Also, according to Jurij, metaphor plays an important role in his film. The most difficult task was convincing the protagonists to participate in the filming.

Finally, Jurij emphasized that the mundane really does hide many shocking stories and that the greatest reward in making documentary film is getting closer to people and turning their stories into a film scene.

Following a presentation of the biography of Arsen Oremović, the director of MARRIED TO THE SWISS FRANC, the discussion began with the audience sharing their impressions of the film, as well as similar experiences to those portrayed in the film. According to the director, this film communicates a strong message, showing the importance of understanding our status within the state and always being ready for whateverfate awaits us.

Laura Capatana, the director of HERE…I MEAN THERE, began her career as a journalist andlater decided to join the film industry. She has worked as a production assistant on documentaries that aired on German television. She stated that she believes that if you have an idea and want to make a film, you should follow through, whether you are an amateur or a professional. In her film she successfully treats the topic of suicide, refracting a universal theme through the prism of an individual fate.