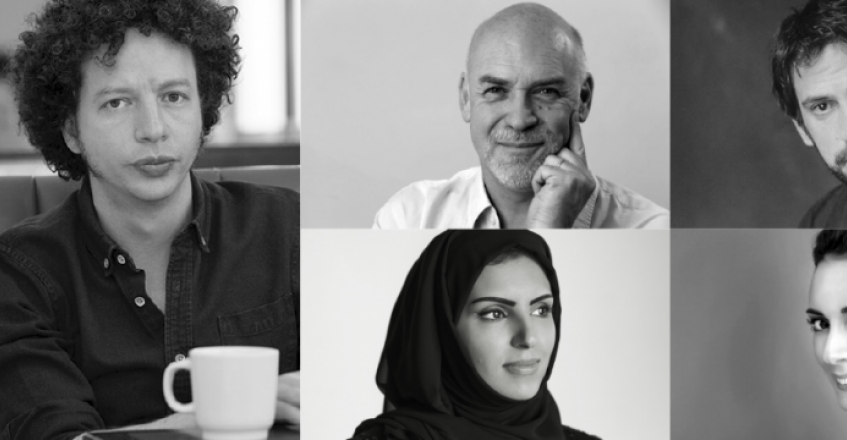 The jury will determine the winners of the the Heart of Sarajevo Awards, which will be announced on 17 August at the Awards Ceremony at the National Theatre.

The Sarajevo Film Festival is proud to present the Jury of the Competition Programme – Feature Film:

MICHEL FRANCO, DIRECTOR/WRITER/PRODUCER (MEXICO)
President of the Jury
Michel Franco was born in Mexico City in 1979. He has won critical acclaim for the films he has written, directed and produced, among them AFTER LUCIA, which won the award for Best Film in the Un Certain Regard section of the Cannes Film Festival in 2012, and CHRONIC, which took the Best Screenplay award at Cannes in 2015. Franco produced Gabriel Ripstein’s 600 MILES, winner of the Best First Feature award at the Berlin International Film Festival in 2015, and Lorenzo Vigas’s FROM AFAR, which took the Golden Lion at the Venice Film Festival in 2015. His most recent work, APRIL´S DAUGHTER, was part of the Official Selection of the Cannes Film Festival in 2017, where it won the Un Certain Regard Jury Prize. Through his company Lucía Films, he is currently developing several feature-length films and television projects.

MARK ADAMS, ARTISTIC DIRECTOR OF THE EDINBURGH INTERNATIONAL FILM FESTIVAL (UK)
Mark Adams is Artistic Director of the Edinburgh International Film Festival, having joined the team in 2015. Previously, he was Chief Film Critic for the Screen International and was also a film critic for The Sunday Mirror in the UK. He attends most of the key international film festivals; as a film journalist and reviewer for more than 25 years, he has written for Variety, The Hollywood Reporter and Moving Pictures International, as well as for many national newspapers in the UK. Adams has also worked extensively in the film industry: he was Head of Programming at the National Film Theatre in London for six years; Director of Cinema at the Institute of Contemporary Arts in London; and has programmed for film festivals around the world, as well as acting as a consultant for various film organisations.

GORAN BOGDAN, ACTOR (BOSNIA AND HERZEGOVINA, CROATIA)
Goran Bogdan was born in 1980 in Široki Brijeg, Bosnia and Herzegovina. He studied at the Academy of Dramatic Arts in Zagreb from 2005 until 2012, when he received his Master’s degree. Bogdan has been a permanent member of the Zagreb Youth Theatre company since 2010, and has appeared in a number of plays staged internationally by prominent theatre directors. His notable appearances on film include roles in Kristijan Milić’s NUMBER 55 (2014), Vlatka Vorkapić’s SONJA AND THE BULL (2012) and Ivona Juka's CROATIAN STORY, part of the omnibus film SOME OTHER STORIES (2010).

FATMA AL REMAIHI, CHIEF EXECUTIVE OFFICER OF DOHA FILM INSTITUTE (QATAR)
Fatma Al Remaihi, born and raised in Doha, graduated from Qatar University with a degree in English Literature. She was appointed CEO of the Doha Film Institute in December, 2014, and also serves as Director of the Institute’s annual film events, Qumra and the Ajyal Youth Film Festival. After fulfilling the role of Cultural Advisor to the first edition of the Doha Tribeca Film Festival, Al Remaihi joined the Institute at its inception in 2009 to lead a Community Outreach team. She was the driving force behind the establishment of a strategic partnership between the Institute and the Giffoni Film Festival, whose youth jury model informs the Ajyal Youth Film Festival.

MELISA SÖZEN, ACTRESS (TURKEY)
Melisa Sözen was born in Istanbul. She graduated from a fine arts high school, and started her career in a musical at the age of fourteen. As an actor, she is well-known for roles in Nuri Bilge Ceylan’s Palme d’Or-winning WINTER SLEEP, Derviş Zaim’s WAITING FOR HEAVEN and HUNTING SEASON by Yavuz Turgul. Sözen is also an award-winning theatre and television actor. She now lives in France and Turkey, and recently collaborated with Eric Rochant for the television series LE BUREAU DES LEGENDS.