Awarded Hearts of Sarajevo for the Best TV series

The award ceremony for the best achievements in the category of TV series at the 28th Sarajevo Film Festival was held tonight in the Hotel Hills Sarajevo, under the patronage of BH Telecom. 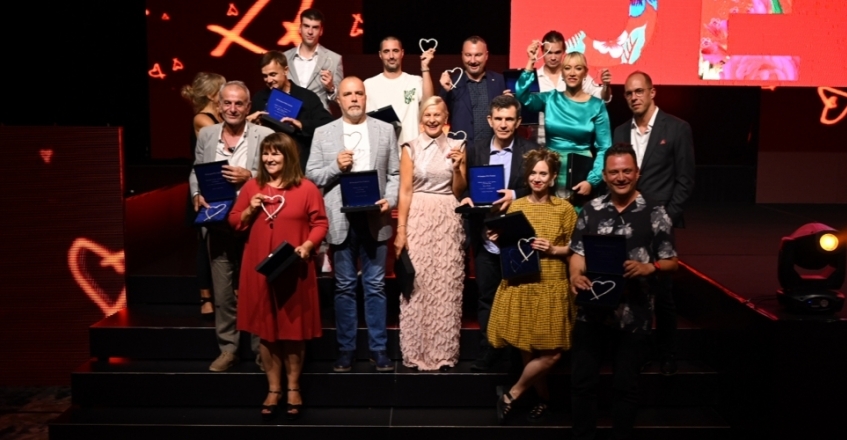 The winners of the Hearts of Sarajevo Awards for TV Series are:

The winner in the Best Comedy category is ADVOKADO

The Best Screenplay for The Episode of Comedy are Boban Jevtić, Nikola Kojo (STRANGE KIND OF LOVES)

The Best Screenplay for The Episode of Comedy are Boban Jevtić, Nikola Kojo (STRANGE KIND OF LOVES)

For the Heart of Sarajevo awards for the TV series of 28th Sarajevo Film Festival 17 series were nominated. The award ceremony was hosted by actor and TV presenter Tarik Filipović.

The winners of these awards were decided by a jury of more than 400 film professionals from the region.

The exclusive dinner, in cooperation with the renowned gastronomic guide Gault&Millau Croatia, was prepared by Orhan Cakiroglu, chef of the Matsunoki restaurant in the Bellevue Hotel on the island of Mali Lošinj.

The media partner of the TV Series awards is Deadline.