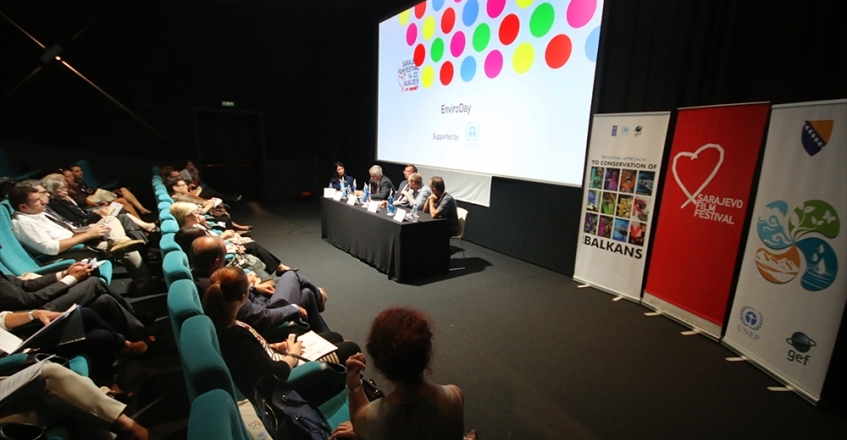 One day of the Festival will be particularly dedicated to the protection of nature. The EnviroDay was marked on August 17 with a number of different activities.

The EnviroDay program began today, at 11:00am with the promotion of six solar benches, provided through donation from Embassy of Sweden, and will be set up at three locations in Municipality Center Sarajevo (Susan Sonntag Square, Square of Bosnia and Herzegovina and Academy of Fine Arts near the Festina Lente bridge). Solar benches represent an innovative solution and can be used as a smartphone devices charger, hotspot area or as an inquiry in detailed statistics on temperature, quality and noise in air of environment.

Placing the solar benches, Bosnia and Herzegovina will find its place among the few countries in the World that have this kind of device aimed at promotion of „smart“ technologies and measures of energy efficiency.

EnviroDay Program was continued at noon at Cinema City Multiplex, with the screening of a UNDEP-produced documentary film about Bosnia-Herzegovina's richness in biodiversity.

UNEP in Bosnia-Herzegovina aims to become a catalyst of change in attitudes towards the environmental protection and nature conservation in the country. Cooperation of UNEP and the SFF, as the most important cultural event in the region, and the series of events the partners will jointly organize during the festival, are aimed at promotion of rich natural resources of the whole region and to encourage green development which takes into consideration wellbeing of both -nature and people.