Sarajevo UNESCO City of Film and the City of Sarajevo on the occasion of the City Day, 6th of April, present to the audience free of charge “Sarajevo City of Film” – A month of short films made in Sarajevo, on the online platform of the Meeting Point cinema: Ondemand.kinomeetingpoint.ba. 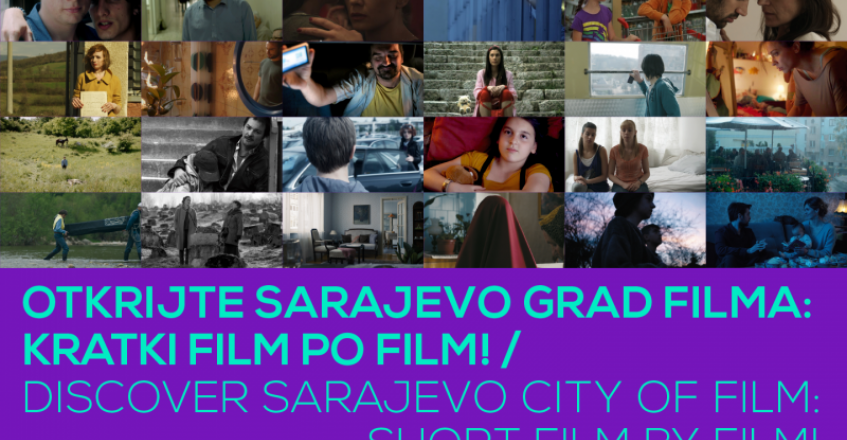 From 6th of April to 8th of May, 33 short films produced as part of the Sarajevo City of Film project will be available free of charge to viewers worldwide at Ondemand.kinomeetingpoint.ba.

One short film will be posted each day on the online platform, which will be available to viewers for the next seven days from the moment when they are posted on the platform. The screenings will start on 6th of April with the film “Liberation in 26 Paintings” by Ivan Ramljak and Marko Škobalj (2009, 17 min.).

“Sarajevo City of Film” is a project of the Obala Art Center - Sarajevo Film Festival, launched with the mission to discover, support and promote the talent of filmmakers in Bosnia and Herzegovina and the wider region, and to enable their cooperation and exchange of experience in the creation of a joint film work. In the period from 2008 to the present, more than 300 young directors, screenwriters, producers, actors, cameramen, and editors made their short films in Sarajevo.

"Thanks to the project, young professionals gathered in Sarajevo for the first time, got to know each other and worked together on a short film. Their films were produced, financed, and then screened by Sarajevo Film Festival with its partners, in front of a large audience. Some of the films produced as part of the project had an extremely successful festival life and achieved international success. Viewers around the world will have the opportunity to exclusively see a selection of films made in Sarajevo in the past 10 years as part of this project from 6th of April,” said Sarajevo UNESCO City of Film manager, Nataša Kučera.

“On the occasion of the City of Sarajevo Day, the audience will have the opportunity to see short films of different genres for free, all of which connect the city of Sarajevo. The program symboli-cally begins on City Day, as a gift to the audience. We are pleased that audiences around the world will have the opportunity to see films made in our city, to meet different artistic styles, artists of different generations and from different countries, all of which are connected by the love of the art of film. Enjoy the films made in Sarajevo, the UNESCO city of film,” said Sarajevo Mayor, Benjamina Karić.

On the platform Ondemand.kinomeetingpoint.ba, along with some movies, a video message of a part of the film's author team was placed as a bonus content.