This year, Sarajevo Film Festival will host the fifth Audentia award ceremony for the best female director, founded by Council of Europe’s Eurimages fund to promote gender equality in the European film industry. 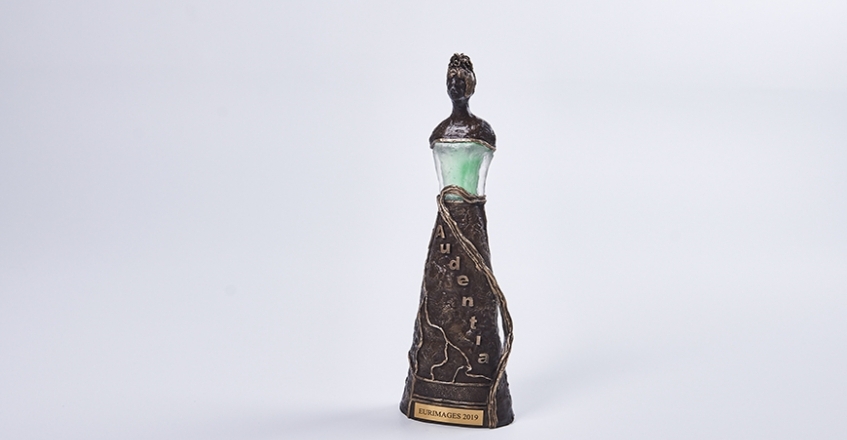 Audentia represents “bravery” and “boldness”, key traits of every woman who wishes to pursue the career of film director. Therefore, Eurimages also wishes to honour women who were brave enough to choose film directing as their life’s calling, making their work at the same time more visible, and inspiring other women to follow in their footsteps.
In addition to the statuette designed by the artist Ewa Rossano, the winner will also receive a money award of EUR 30,000. The fifth Audentia award winner at the 26th Sarajevo Film Festival will be selected by a three-member jury, whose names will be announced soon. The award will be presented to the female director of a feature film from one of this year’s Sarajevo Film Festival programmes, as a support for her future film.
Audentia was first awarded in 2016 at the Istanbul Film Festival, and the Romanian director Anca Damian had the honour of being the first female director to receive it for the film ‘The Magic Mountain’. Afterwards, the ceremony was hosted by the film festivals in Locarno (2017), Toronto (2018), and Göteborg (2019), and the awarded directors were Valérie Massadian for the film “Milla”, Aäläm-Wärque Davidian for the film “Fig Tree”, and Mia Engberg for “Lucky One”.
Because of its long term advocacy for gender parity and diversity in the film industry, the Sarajevo Film Festival has the privilege to host this years Audentia award ceremony.
The Sarajevo Film Festival is a signatory of the 5050X2020 Gender Parity Pledge which advocates equal possibilities for women in film industry. The pledge was signed at the 24th Sarajevo Film Festival (2018).
In cinemas in BiH in 2022, 1,118,550 viewers
„May Labour Day“ by Pjer Žalica available online from January 1st
Docu Rough Cut Boutique 2023 opens call for entries!
NETWORK OF FESTIVALS IN THE ADRIATIC REGION PRESENTS: Winter Edition
MAY LABOUR DAY by Pjer Žalica closed the 28th Sarajevo Film Festival