From Mexico: Music for Eisenstein (fragments from ¡QUE VIVA MÉXICO!)

A unique film and music event - FROM MEXICO: MUSIC FOR EISENSTEIN (fragments from ¡QUE VIVA MÉXICO!) - will be presented to the Sarajevo audiences during the 22nd Sarajevo Film Festival by Filmoteca UNAM (Film Archive of the National University of Mexico) and the San Cristobal International Film Festival. 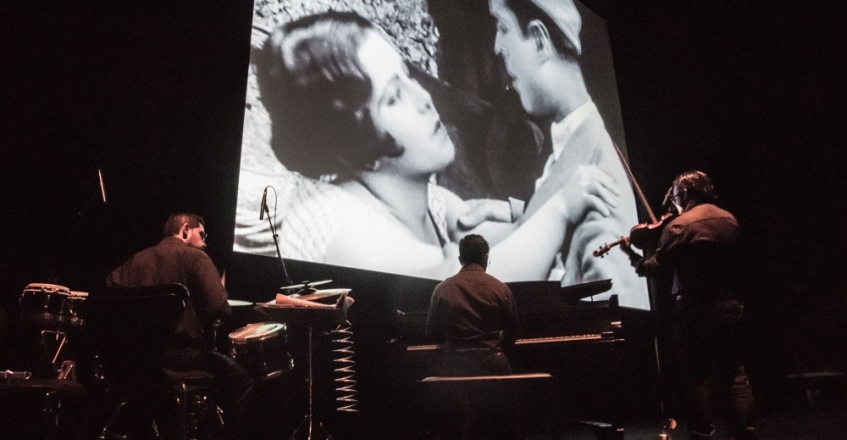 Audience at the National Theater will have an opportunity on August 17 at 22:30 hours, to see segments from the film ¡QUE VIVA MÉXICO! edited by Filmoteca UNAM. The screening will be accompanied by live music performed by Ensable de Cine Mudo. The music performance will be based on the original music score, but allowing for improvisation and invention by the performers.

The Ensamble Cine Mudo was founded by José María Serralde Ruíz in 1998 and specializes in setting live music to silent films and other multidisciplinary arts, performing at festivals and forums in Mexico, Canada and Italy. It summons musicians and instrumental provisions in accordance with the aesthetics of the era and the nationality of each film, for historically informed performances. The Ensamble members are: Omar Álvarez (violin), Roberto Zerquera, (percussions) and José María Serralde Ruiz (piano and artistic direction).

After the Mexican Revolution in the 1930s, intellectuals and artists from all over the world came to Mexico to observe and participate in the Mexican culture, both ancient and emerging; among them were three soviets who arrived from the United States: Sergei Eisenstein, Eduard Tisse and Grigori Aleksandrov.

Due to the prestige of their extraordinary work in film in their country, they had been hired by Paramount Pictures to make a new film in Hollywood, of which only a script was finalized. They came to Mexico on recommendation of Charles Chaplin, funded by the American writer Upton Sinclair. Through 1931 they filmed several sequences that Eisenstein never edited. Sinclair stopped the funding and the three soviets were forced to return to the USSR without fully achieving their goal: a complete film on the Mexican culture, latter called ¡Que Viva Mexico!  The footage –over 150,000 feet of film- remained in storage in the New York’s Museum of Modern Art (MoMA) and was eventually displayed in several films, which were not very successful. It was not until the 1970’s when through a fortunate agreement with Gosfilmofond –the Soviet Union Film Archive- Aleksandrov edited a version of ¡QUE VIVA MÉXICO! based on Eisenstein’s writings and, above all, his own memories.

After that, a print of the Aleksandrov’s version was given in donation by the Russian film archive to the Filmoteca UNAM. There, they selected three representative sections: SANDUNGA, MAGUEY and DAY OF THE DEAD; the resulting edition represents Eisenstein’s perception and vision, impregnated with the poetry, the luminosity, as well as the drama of the Mexican landscape.

Sergei Eisenstein was a common writer over his creative processes. Allusions to sound and music to set what could have been ¡QUE VIVA MÉXICO! are described in travel stories, comments on photos, letters and memories that the author kept among his possessions.  Inspired by this documents, the research El nacimiento de ¡Que Viva México! by Mexican academic Aurelio de los Reyes, and also considering the various editions of the film made over time, as well as Olivier Debroise’s reflection expressed in his film Un banquete en Tetlapayac, a score proposal was created by Mexican musician José María Serralde and his ensemble, resorting to the imaginary of the Mexican decades of 1920’s and 1930’s. The score integrates traditional music fragments with quotes of passages by Carlos Chávez and Silvestre Revueltas, incorporating resources typical of Miguel Bernal Jiménez and Pablo Moncayo as well, contrasting them with Russian themes by Dmitri Shostakovich and Sergei Prokofiev.

The presentation is possible thanks to the generous support of the International Federation of Film Archives and the Ministry of Foreign Affairs (Mexico), through the Mexican Agency for International Development Cooperation.