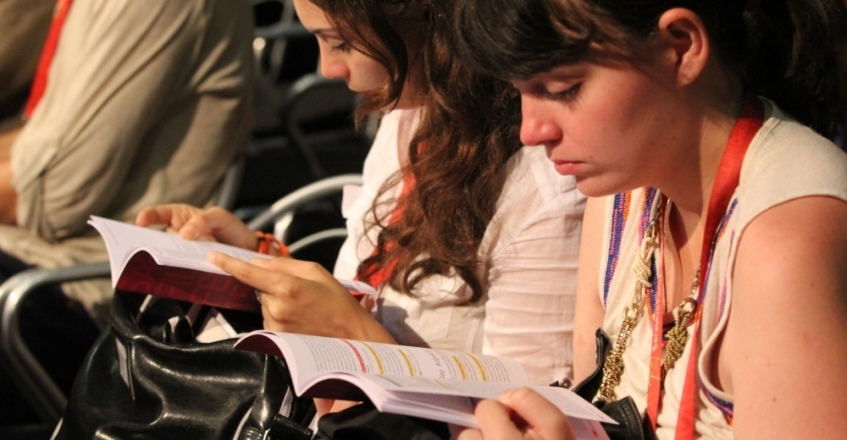 The 14th edition of Sarajevo Talents confirms the talent and enthusiasm of new generations of filmmakers from the South East Europe and South Caucasus. For this year’s programme, which will take place from 14 to 18 August under the name of “New Beginnings”, 62 candidates were selected.

In line with the position taken by Sarajevo Film Festival to be held in a modified format for the prevention of pandemic, this year’s Talents Sarajevo will not take place at the festival locations in Sarajevo, but only online. The possibility of adjusting the new edition of Talents Sarajevo to the situation caused by the Corona virus was announced already in April, in the call for applications to this year’s programme. However, this did not discourage 305 directors, screenwriters, producers, actors, camera operators, editors, and film critics from applying to the “New Beginnings”, which was also announced as a forum for research of a series of direct pandemic effects on film as art and industry.

This year, the Talents Sarajevo programme will include candidates from 14 of the total 19 countries of the South East Europe and South Caucasus. Most of them come from Greece (16), Romania (10), and Croatia (8) – more than a third of all the candidates.

The Sarajevo Talents programme will keep the structure of eight modules: Directors Summit, Producers Summit, Acting Studio, Camera Studio, Editing Studio, Pack&Pitch, Script Station, and Talents Press. Since it was first started in 2006, in cooperation with Sarajevo Film Festival and Berlin International Film Festival, Sarajevo Talents has been supporting the development and networking of young filmmakers, helping them make contacts and share experiences with renowned film professionals from the region and the world. Talents Sarajevo has become the most important regional film hub for young film professionals, including those who will lead a significant part of revival of the regional cinematography after the pandemic.