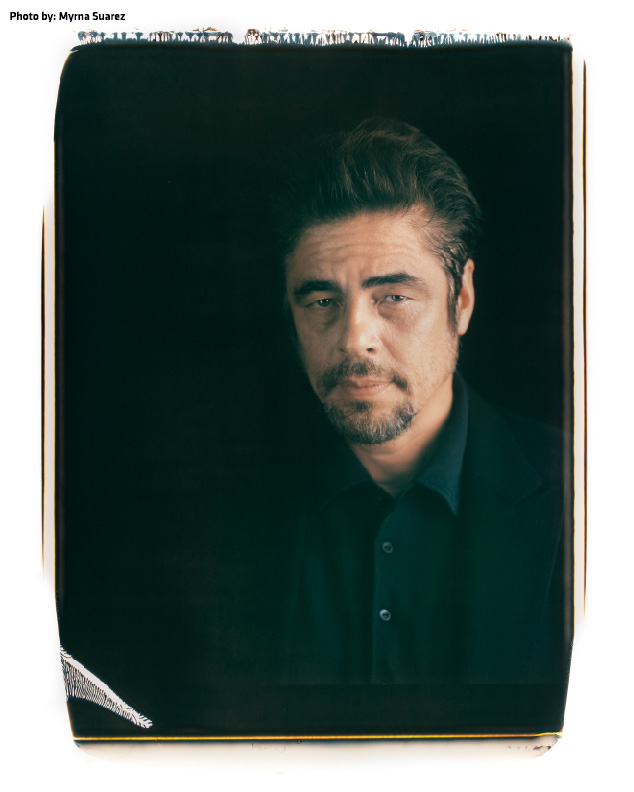 Academy Award®-winning actor Benicio Del Toro will receive the Honorary Heart of Sarajevo Award for his extraordinary contribution to the art of film at the 21st edition of Sarajevo Film Festival. Previous recipients of the festival’s most prestigious award include among others Angelina Jolie, Gael Garcia Bernal, Steve Buscemi and acclaimed international award-winning directors Jafar Panahi, Mike Leigh, Béla Tarr and Danis Tanovic.  The Heart of Sarajevo Award was designed by French designer and filmmaker, Agnès B, who is also a patron of the festival.

Del Toro will present Fernando  León de Aranoa’s drama “A Perfect Day”, in which he has a starring role, and which recently premiered in Directors’ Fortnight at the 68th Cannes Film Festival. The film will be screened as a part of the Open Air Program, the festival’s largest screening venue, where Del Toro will also receive the Honorary Heart of Sarajevo in front of an audience of 3,000 film enthusiasts.

Throughout his career, Del Toro has earned critical accolades including winning an Academy Award® for Best Supporting Actor for his role in Steven Soderbergh’s “Traffic” and an Oscar® nomination for his work in Alejandro Gonzales Inarritu’s “21 Grams.”  Re-teaming with Soderbergh to star in “Che”, the biography of Che Guevera, Del Toro’s performance won him the Best Actor award at Cannes in 2008 and again the following year at the Goya Awards in Madrid, Spain.

Del Toro made his motion picture debut in John Glen's “License to Kill” opposite Timothy Dalton's James Bond and has earned critical acclaim for his performances ever since.  In addition to winning a Best Supporting Oscar® for “Traffic,” he has also garnered a Golden Globe, a Screen Actors Guild Award, BAFTA Awards, Berlin International Film Festival’s Silver Bear Award as well as recognition from the New York Film Critics Circle, the National Society of Film Critics, and the Chicago Film Critics Association.

Del Toro can next be seen starring in Denis Villeneuve’s “Sicario” opposite Emily Blunt and Josh Brolin, which is scheduled for a September 18th, 2015 release by Lionsgate in the U.S.