Sarajevo Film Festival generated $30,8m for local economy and has a positive effect on international perception of Bosnia and Herzegovina

An independent study on economic, cultural and social impact of Sarajevo Film Festival, conducted by Olsberg SPI, showed that the festival generated $30,8m income for the local economy, and jobs for 1.385 workers. Total economic output from the Festivals activities in 2017 amounted to $6,1m and 99 full time employees. For each Bosnian marka (BAM) of public money put into the Festival, BAM 2.11 ($1.3) of total taxation was generated. Festival contributes to development of the film industry in the region, has a positive effect on the image of Bosnia and Herzegovina, and creates a sense of unity among the locals. 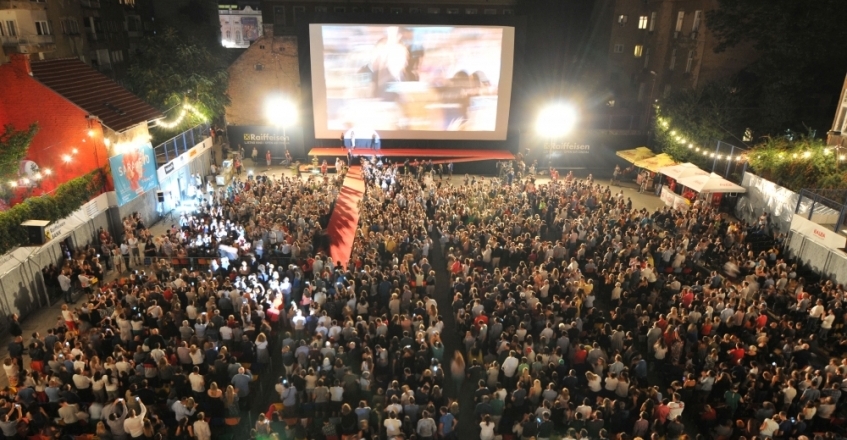 31 July 2018, Sarajevo – Olsberg SPI, one of the leading international consultancies in the field of creative industries, has conducted an independent evaluation of the impact Sarajevo Film Festival (SFF) has on the local economy, tourism, culture and society.
The study found that the Sarajevo Film Festival generates significant economic impacts for Sarajevo and for Bosnia and Herzegovina. When multiplier impacts were taken into account - including the activities of the Festival’s suppliers, and the generation of secondary spending in the economy - the study found that the total output related to the SFF amounted to $10.3 million. This supported 99 FTE (full time equivalent) employees, and an overall GVA (gross value added) contribution of $1.1 million. The results show that the festival significantly contributes to the larger economy of Sarajevo Canton and Bosnia and Herzegovina, especially tourism. Out of 30.000 tourists that visited Sarajevo during the festival dates, 10.000 resided in the city for the festival, which generated an income of $30,8m and created 1.385 FTE jobs in the tourist sector.
For each BAM of input from private sources, the Festival generates a GVA return of BAM 1.41; for public sources, this is raised to BAM 1.49. The Festival also provides strong tax revenues for the public sector: for each BAM of public money put into the Festival, both from Bosnian and international public sources, BAM 2.11 ($1,3) of total taxation is generated.
In addition to the impact on the local economy, Sarajevo Film Festival has significantly altered the international perception of Bosnia and Herzegovina. It also has a strong influence on local residents, inspiring the sense of belonging and pride. In terms of its cultural importance, participants of the study have placed the Festival alongside key events in the Sarajevo's history, such as the 1984 Winter Olympics.
The festival also plays a vital role in the local audience development, and contributes to the production and the overall quality of the audio-visual industry in the Southeast European region. The Declaration of Sarajevo, adopted following a 2015 conference at the SFF and presently being considered at the Council of Europe, also provided a strong impetus to the development of a policy on Gender Equality in the film sector.
Olsberg SPI's evaluation included a detailed analysis of the budgets and accounts of the Sarajevo Film Festival, a series of confidential consultations with a number of stakeholders, including the representatives of sponsors of the Festival and various levels government in Bosnia-Herzegovina, as well as the surveys of the industry and audience participants at the 2017 SFF which gathered over 1,000 total responses. The survey was conducted during the 2017 edition of the Sarajevo Film Festival, and was announced at last year's CineLink Talks on CineLink Industry Days.
In cinemas in BiH in 2022, 1,118,550 viewers
„May Labour Day“ by Pjer Žalica available online from January 1st
Docu Rough Cut Boutique 2023 opens call for entries!
NETWORK OF FESTIVALS IN THE ADRIATIC REGION PRESENTS: Winter Edition
MAY LABOUR DAY by Pjer Žalica closed the 28th Sarajevo Film Festival