The 23rd edition of the annual Sarajevo Film Festival opens 11 August, 2017 with a screening of Aki Kaurismäki's THE OTHER SIDE OF HOPE at the National Theatre and the Raiffeisen Open Air Cinema in Sarajevo. 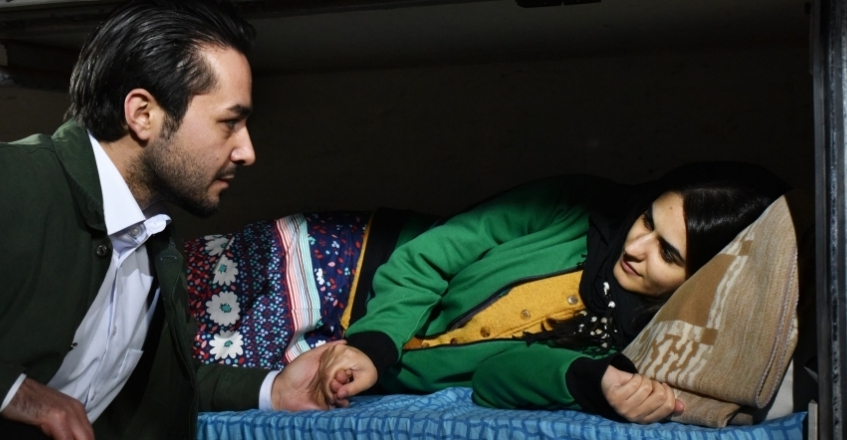 The Finnish master's first feature in six years is an exceptional thematic twin to his  LE HAVRE (2011), which opened the 17th Sarajevo Film Festival.

THE OTHER SIDE OF HOPE premiered at this year's Berlin International Film Festival, where it won the Silver Bear for Best Director and was equally well received by audiences and critics.

The film was described by critics as a bittersweet drama that uses the burning, grim issue of the global refugee crisis to tell a story about the real power of honest friendship and human kindness, infused with humour and filled with equally saddening and amusing characters and situations. With THE OTHER SIDE OF HOPE, the chronicler of marginalised voices, as Kaurismäki is often called by film critics, once again confirms his unique talent for reaching the hearts of filmgoers with his simple and unpretentious creative voice.

The film will be introduced to Sarajevo audiences by actors Simon Al-Bazoon and Sherwan Haji.

Khaled arrives at the port of Helsinki concealed inside a coal container, fleeing war-torn Syria to seek asylum in Finland. Dazed and frustrated by the monolithic administration he encounters at the detention centre, he makes a break for it and heads out onto the streets. There he meets Wikström, a former shirt salesman who has recently left his alcoholic wife for a new life as a bachelor restaurateur. Together, the two men help each other navigate the adversities they face in these unfamiliar and often baffling new worlds.

Another slice of poetic-realism from the master chronicler of marginalised voices.
Cinevue

DIRECTOR'S BIOGRAPHY
Aki Kaurismäki was born in 1957 in Orimattila, Finland. He started his career as a co-director on the films of his elder brother Mika Kaurismäki. His debut as an independent director was CRIME AND PUNISHMENT, an adaptation of Dostoyevsky's novel set in modern Helsinki. Through his collaboration with the rock band the Leningrad Cowboys in several of his films, his worldwide fame has increased. Kaurismäki's most acclaimed film is THE MAN WITHOUT A PAST, which won the Grand Prix and the Prize of the Ecumenical Jury at the 2002 Cannes Film Festival and was nominated for the Academy Award for Best Foreign Language Film in 2003. His 2017 film THE OTHER SIDE OF HOPE won the Silver Bear for Best Director at the 67th Berlin International Film Festival.