After last night’s screening of the Spanish film A PERFECT DAY and after the Honorary Heart of Sarajevo was awarded to actor Benicio Del Toro, the star of the film, the public at the 21st Sarajevo Film Festival had the honour to spend time with the director and cast of this film today at the Festival Square. 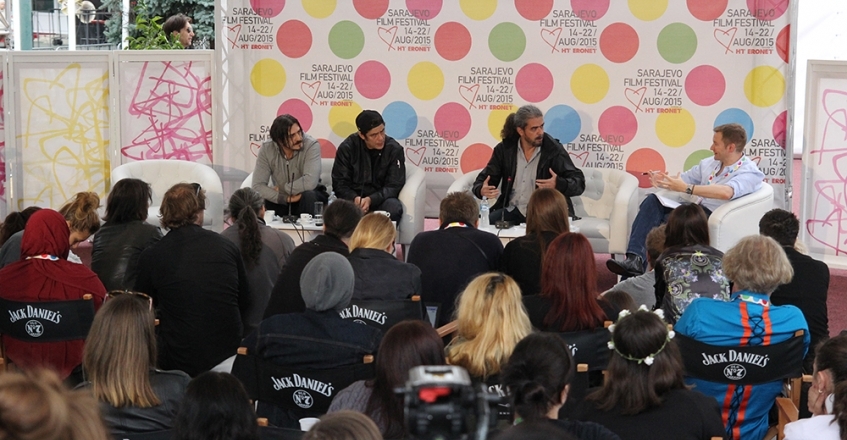 Moderator Mike Goodridge, selector of the Kinoscope programme, spoke to actor Benicio Del Toro and the Bosnian-Herzegovinian actor Feđa Štukan about the film’s unique mix of genres and also about how the humorous elements in the film in combination with the serious subject matter function as a defence mechanism.

The Spanish director Fernando León de Aranoa emphasized the importance of screening the film before an audience that has witnessed war, adding that A PERFECT DAY is not a story about one, particular war but rather that it carries a universal and timeless message.