Tonight, in the Open Air Programme, visitors of the 23rd Sarajevo Film Festival had the opportunity to see THE FROG, a film by BiH director Elmir Jukić, who decided to put the play of the same name, which has been performed in crowded theatres and before enthusiastic audience throughout the former Yugoslavia, on the big screen. 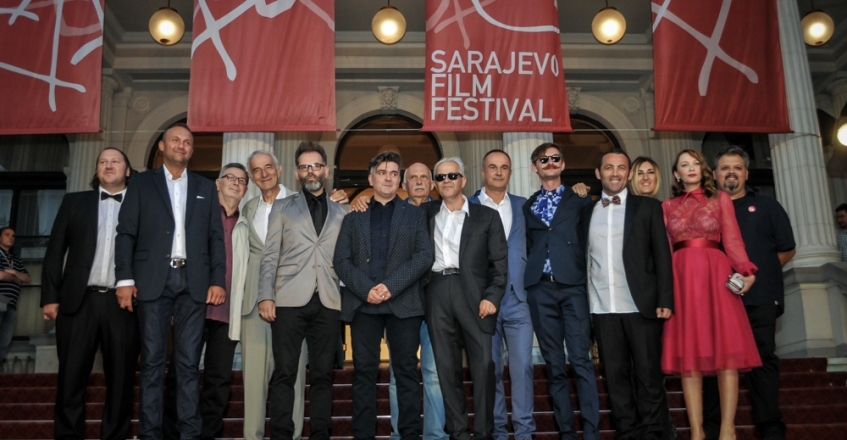 Zeko, a barber and ex-soldier suffering from Post-Traumatic Stress Disorder, invites his brother Braco and his friend Švabo to Eid festivities. He intends to take advantage of the festive mood and ask his brother, a gambler and alcoholic, to change his ways. Braco doesn’t want to listen and will not take the conversation seriously. Zeko puts a razor under his brother’s neck, forcing him to promise he will change; furious, Braco leaves, telling Zeko he will never see him again, while Švabo suggests that Zeko see a psychiatrist. Alone, without his only friend and his brother, Zeko decides to kill himself – until Muki, a young man selling books door-to-door, stops him.
Director: Elmir Jukić