Sarajevo Film Festival is honoured to welcome Amat Escalante, Mexican director, screenwriter and producer to the Tribute To Programme and present the achievements that made him one of the leading filmmakers of today. The Programme was opened by his first feature film SANGRE. 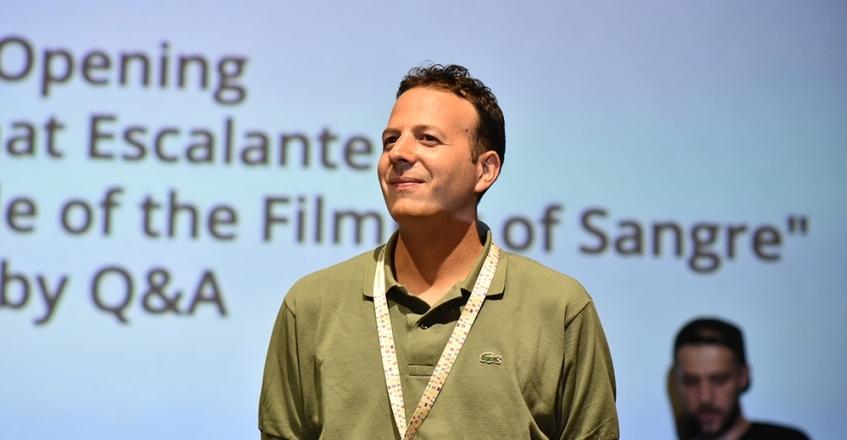 After work, Diego and Blanca lie down on the couch and watch „telenovelas“ or make love on the kitchen table. When Karina, Diego's daughter from a previous marriage, comes to him in search of acceptance, Diego finds himself caught between a jealous wife and a daughter in desperate need of help.


Amat Escalante, born in 1979, is a self-taught filmmaker from the city of Guanajuato in Mexico. He began his work in cinema at the age of fifteen. After making two short films, he wrote and directed "Sangre", his first feature film. "Sangre" became part of the Official Selection Un Certain Regard at the Cannes Film Festival in 2005 where it was awarded the FIPRESCI Prize chosen by International Film Critics. His second feature film, "Los Bastardos", also premiered at Cannes in 2008 in the Official Selection Un Certain Regard.

In the scope of the Tribute to Programme Escalante will meet Sarajevo Film Festival audience during the career interview and regular Q&A sessions following the screenings.

The screening of SANGRE and of BRIEF CHRONICLE OF THE FILMING OF SANGRE took place at the Meeting Point Cinema, starting at 15:00.