Danish actor Mads Mikkelsen is the recipient of the Honorary Heart of Sarajevo Award of the 26th Sarajevo Film Festival. The Award is given for outstanding contribution to the art of film. At this edition of the festival Mikkelsen will hold a Masterclass that the festival public will be able to watch online, via ondemand.sff.ba. 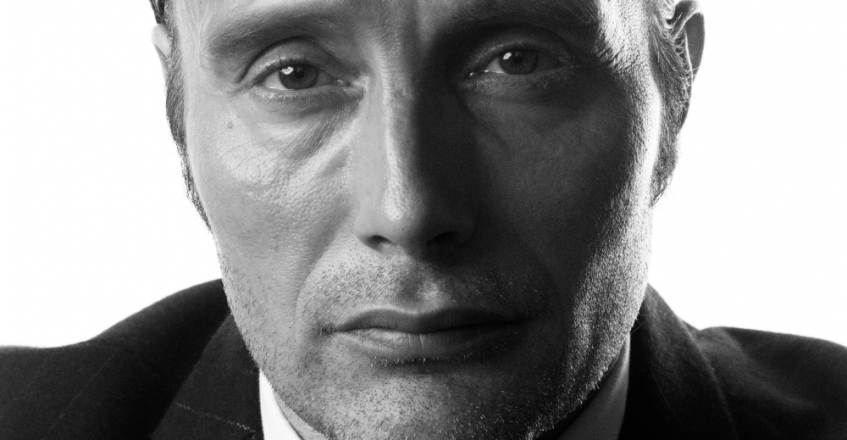 Sarajevo Film Festival Masterclass Programme is organized in cooperation with Variety and will be available worldwide via the Variety Streaming Room.
Mads Mikkelsen was born in 1965 in Denmark, where he got his education at Aarhus Theatre Drama School. The Copenhagen-born actor began his professional career as a gymnast and dancer, and has worked steadily in theatre, television and film to become the top male star in Denmark and Scandinavia. Mikkelsen made his film debut in 1996, with a lead performance in director Nicolas Winding Refn’s international crime drama success “Pusher”, part one of a trilogy. He reprised his role as a low-life pusher/junkie in the much-anticipated sequel, “With Blood On My Hands: Pusher 2”. This performance garnered him a “Best Actor” Robert statue from the Film Academy of Denmark and a “Best Actor” Bodil Award from Denmark’s National Association of Film Critics.
In 2006, Mikkelsen starred as the villain, Le Chiffre, in the 2006 James Bond film, “Casino Royale”. The film was received positively by critics and earned over $594 million worldwide, claiming the title of the highest-grossing James Bond film. Also that year, Mikkelsen played the lead role in the Academy Award-nominated film “After the Wedding”, directed by Academy Award-winning director Susanne Bier. In 2009, he reunited with Danish director Nicolas Winding Refn for “Valhalla Rising”. The film premiered at the 66th Venice International Film Festival. In 2010, he starred as Draco in the 3D fantasy adventure film, “Clash of the Titans”. The film was directed by Louis Leterrier and distributed by Warner Brothers. In 2011, Mikkelsen starred as Rochefort in the 3D adaptation of “The Three Musketeers”, directed by Paul W.S. Anderson. Mikkelsen also starred in the Academy Award-nominated film, “A Royal Affair”, in the role of Johann Friedrich Struensee, the German physician who became a confidant to the mentally ill King Christian VII and had an affair with his wife, Queen Caroline Mathilde. The historical film, written and directed by Nikolaj Arcel, premiered in competition at the 62nd Berlin International Film Festival in February 2012 and at the 2012 Toronto International Film Festival. At the 2012 Cannes Film Festival, Mads Mikkelsen received the Best Actor Award for his role in “The Hunt” by Thomas Vinterberg. Mikkelsen plays a kindergarten teacher in a small Danish village that is falsely accused of child abuse. Following a premiere at Cannes, the film screened at the 2012 Telluride Film Festival, the 2012 Toronto International Film Festival, and was released by Magnolia Pictures in Spring 2013. Mikkelsen also co-starred in “The Necessary Death of Charlie Countryman” in the role of Nigel, a violent crime boss. Directed by Fredrik Bond, the film premiered in January 2013 at Sundance Film Festival and was screened in competition at the 63rd Berlin International Film Festival in February 2013.
Mads Mikkelsen is especially known from series “Hannibal” (2013-2015), that was developed by Bryan Fuller for NBC. In the series Mikkelsen play the accomplished psychologist and sociopathic serial killer, Dr. Hannibal Lecter, who is based on the character from Thomas Harris’ classic novels. Mikkelsen’s work was especially acknowledged when he was pointed out as member of the prestigious Jury at the Cannes Film Festival 2016. In 2016 he starred in “Rogue One: A Star Wars Story” and in the Marvel film “Dr. Strange”. In 2017 he shot the thriller “Arctic” where he plays the lead role. The film premiered at Cannes Film Festival in May 2018. Mikkelsen starred in the graphic novel adaptation “Polar”, directed by Jonas Åkerlund, that was released in 2019 by Netflix.  Recently Mads Mikkelsen starred in “Another Round” by Thomas Vinterberg, which is among this year’s Cannes Film Festival selection. The American science fiction film “Chaos Walking” with Mikkelsen in one of the leading roles is set to premiere in 2021.
In cinemas in BiH in 2022, 1,118,550 viewers
„May Labour Day“ by Pjer Žalica available online from January 1st
Docu Rough Cut Boutique 2023 opens call for entries!
NETWORK OF FESTIVALS IN THE ADRIATIC REGION PRESENTS: Winter Edition
MAY LABOUR DAY by Pjer Žalica closed the 28th Sarajevo Film Festival